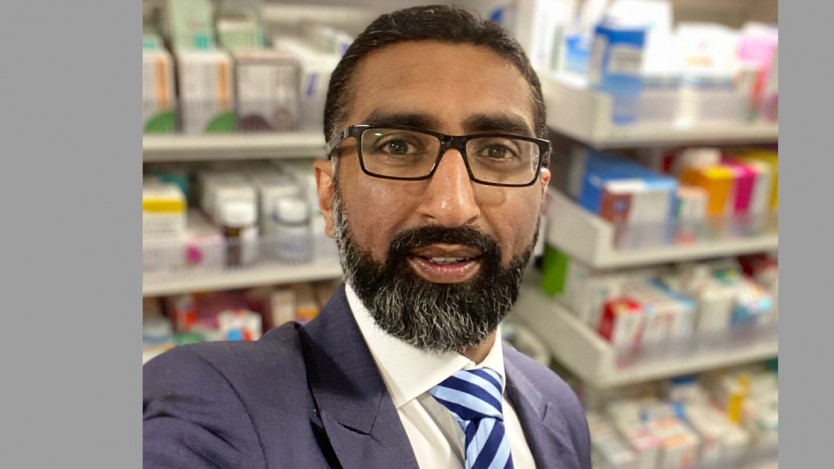 The last days of Rome?

The RPS can save itself but it has shown little desire to be held accountable and open to members, says Mohammed Hussain.

The Royal Pharmaceutical Society has stumbled from one PR crisis to another, so much so that even once supportive voices have become vocal critics, says Mohammed Hussain…

Recent decisions by the Royal Pharmaceutical Society about Royal College status, FIP membership and senior staff positions have raised a storm of criticism. The former chief pharmaceutical officer, Keith Ridge, other senior leaders across pharmacy and three past presidents of the Society have all raised concerns about decisions that have been made.

The RPS is demonstrating that bad things happen in threes, with three interconnected governance and engagement crises in recent weeks. First, the pharmacy press broke the story that the RPS was to make two of its three pharmacist directors redundant, leaving only one pharmacist on the executive team.

The chair of the English Pharmacy Board suggested on Twitter that she was surprised “educated people” would “start commenting on speculation”, and “don’t believe everything you read in the media” in relation to this story. But sure enough, within a few weeks, both directors had left the organisation.

The second story to be revealed was that the RPS had silently shelved its ambition to become a Royal College, an aspiration that has at various times been publicly set out by a number of past presidents and stakeholders. The new RPS view is that it is already a Royal College in everything but name and does not need the title. According to the EPB chair “the RPS already does work like a Royal College.”

This position was immediately debunked by many longstanding members. One excellent Twitter thread set out that a Royal College is far more than seminars and mentoring. A Royal College sets the standards for education and training for their specialisms, as the Royal College of General Practitioner does for GPs, for example.

The expectation at the creation of the RPS was that it would develop into a Royal College and fulfil that function for pharmacy: that it has quietly chosen to lower its ambitions was a surprise to many.

The third major issue was the revelation on Twitter by Sandra Gidley, a past president of the Society, that the organisation had left the International Pharmaceutical Federation (FIP), an organisation that is affiliated with the WHO and United Nations with 146 countries as members.

The RPS was one of the founding members of the FIP in 1912 but after 110 years, it has conducted its own version of Brexit in the pharmacy world - a FIPexit, if you will. It left the organisation in November 2021.

But the most extraordinary aspect of FIPexit was that the RPS never engaged with its members on this decision. It was only discussed in private closed business, meaning members were kept in the dark, and even after leaving the RPS made no effort to inform anyone.

The revelation on Twitter by an ex-president caused huge consternation. Subsequent to this news the RPS issued a statement saying that some Assembly members has expressed the strong view that “there was no perceptible value in membership” of FIP. Indeed, many members of the RPS are asking themselves the same question about membership of the RPS.

Taken together, these three decisions and the backlash demonstrate how little the RPS considers its members. The 2020 RPS annual report sets out that the Society received £19 million in revenue from its publishing business and only £4 million from membership, so perhaps it is no surprise that a publishing organisation with a professional body attached behaves just like that.

More fool us, as members, who believe this is a professional body with the members at its heart. The new executive structure will lead to a publishing business dominated senior leadership.

The president of the RPS has now commissioned an independent review of membership engagement, but this is far too little, and far too late. The RPS has not got to where it has today overnight. The structures established in 2010, the culture of voting cabals on the Boards and Assembly, a lack of transparency and treating members as an inconvenience, meant the rot set in a long time ago. Only now are we seeing how deep it goes.

Is the RPS salvageable from here or is it now destined to be an irrelevance as a professional body? My view is that it is not too late, but major surgery needs to be undertaken to save the Society from itself. As a first move, it needs to prioritise its membership arm over its publishing business. The RPS’s primary purpose is to promote and serve the interests of pharmacists, not to be a successful publisher.

But all of these failures are linked to poor governance. As a serial board member, I am astounded that anyone thinks an organisation as complex as the RPS can be governed by an Assembly, its supreme decision-making body, that only meets three times a year.

The Assembly should be meeting at least bi-monthly, like almost all other boards in the NHS. It is simply not possible to hold the executive to account by meeting three times a year. Some charities have more meetings of their trustees than the RPS does!

Second, the Society needs to fundamentally change its approach to open and closed business. Almost all decisions should be in open business with the papers available to members to inspect. The current default is to put any significant items into closed business. This shows that many on the Assembly and Boards have never had any real experience of how an effective board is meant to operate.

A board’s job is to hold the executive to account, and it is natural and healthy to have deliberations and challenging questions voiced in public. Voting on boards is healthy and should be encouraged. Individuals who make decisions should expect to be held to account by the membership.

The best predictor of the future is the past, so although the RPS can save itself, over the past 20 years it has shown little desire to be held accountable and open to the membership.

I fear we really are in the last days of Rome.