Around one in 100 women experience the menopause before the age of 40. Alan Nathan provides answers to some commonly asked questions...

Pharmacist Eve is on a night out with her girlfriends. During the evening one of them takes Eve to one side and says she thinks she has started going through the change and would like her advice.

Eve arranges for her friend to come to her pharmacy the next day to discuss it. She asks Eve: what effect will the menopause have on her migraine; when can she stop using contraception; should she go on to HRT to counteract menopausal symptoms if she gets them or is there something natural she could use as she is not keen on taking drugs?

1. Lay terms for the menopause are 'the change' or 'change of life'. What are the medical terms used in association with this phenomenon?

2. What effects, if any, does the menopause have on migraine?

3. When can contraception be safely stopped?

4. What symptoms can Eve's friend expect to experience during the perimenopause?

5. What are the benefits and drawbacks of HRT?

6. What other drugs are used in the treatment of menopausal symptoms?

7. Are there any natural or complementary treatments available?

8. What about alternative therapies?

9. Are there any OTC medicines for treating menopausal symptoms?

•    Perimenopause (also termed climacteric or menopausal transition stage) - the period of change leading up to the last period.

•    Menopause - strictly, permanent cessation of menstruation, although the term is commonly used in connection with the perimenopause

•    Premature ovarian insufficiency (POI, premature ovarian failure) – a syndrome occurring in about 1% of women under 40, consisting of amenorrhoea, elevated gonadotrophins and oestrogen deficiency, although typical menopausal symptoms may not occur.

2. Migraines occur more frequently in women than men as there is often an underlying hormonal trigger and over 60% of women have migraines around the time of their period.1 Frequency and intensity of migraine with aura ('classical migraine') are usually unaffected by the menopause.

However, migraine without aura ('common migraine') can worsen during the perimenopause. During this phase, stabilisation of hormones with an associated reduction in frequency and intensity of attacks may be achieved by use of an oestrogen-containing HRT patch plus a progesterone-containing coil. After the menopause migraines without aura tend to ease off, due to a fall in hormone levels.

3.  Contraception should be continued for one year after their last natural period by women in whom this occurs after age 50, and for two years by women whose periods stop before age 50. It is safe to stop contraception beyond age  55, even if occasional periods occur, as the risk of pregnancy by then is very low.

4.  Around 80% of women experience menopausal symptoms, and in around one-quarter of these they are severe. Some symptoms can persist for several years beyond the menopause. The main symptoms are:

•    other symptoms due to lowered oestrogen levels include: brittle nails; hair loss; thinning of the skin.

In addition to the above, the development of some conditions of ageing in women are partially or wholly due to loss of ovarian oestrogens. Osteoporosis is one such; low oestrogen levels are associated with declines in bone mineral density and an increased risk of both hip and vertebral fractures.

Incidence of Alzheimer's disease is higher than in women than in men, indicating that the declining oestrogen levels during menopause may influence its pathogenesis. Cardiovascular diseases, including coronary artery disease, stroke and peripheral arterial disease, all increase significantly after the menopause.

5. Hormone replacement therapy (HRT) is the most effective treatment for all menopause symptoms and conditions described above. A very small degree of risk exists of thromboembolic disease, stroke, breast and endometrial cancer, and gallbladder disease, but benefits generally far outweigh risks for women aged under 60.2 Transdermal patches are generally considered preferable to tablets as they do not undergo first pass metabolism in the liver, so tablets carry a slightly increased risk of adverse and side effects. Topical oestrogen is preferred as first-line for women with vaginal atrophy.

6. Other drugs used in the treatment of menopause symptoms include tibolone, a selective oestrogen receptor modulator which combines oestrogenic and progestogenic activity with weak androgenic activity. Although less effective than combined HRT in alleviating menopause symptoms, it may provide better protection against osteoporosis for women at higher risk of developing the condition. Antidepressants, including selective serotonin re-uptake inhibitors (SSRIs), the serotonin-noradrenaline reuptake inhibitor (SNRI) velafaxine, and the antiepileptic, gabapentin, have also been used to control vasomotor symptoms, although none are licensed for this indication. Clonidine is licensed, but there is little evidence as to its efficacy and it frequently causes side effects, and it has largely fallen out of use as a menopause treatment.

7. Natural treatments - Phyto-oestrogens are compounds, including isoflavones, lignans and coumestans, which are structurally related to estradiol and occur naturally in plants, including in foods such as soy beans, nuts, wholegrain cereals and oilseeds. They appear to have both oestrogenic and anti-oestrogenic effects on human oestrogen receptors, but evidence for their effectiveness in treating menopause symptoms is conflicting.3,4

A wide array of herbal medicines is also available, containing botanicals such as black cohosh, sage,and ginkgo biloba. However, data documenting efficacy and safety are limited and none are as effective as HRT.5

8. Cognitive behavioural therapy (CBT) is a recommended treatment option for anxiety experienced during the peri and post-menopause, and it can also improve hot flushes and sweats.6

Clinical hypnosis and acupuncture have also been shown to be helpful. General healthy lifestyle measures, such as stopping smoking, losing weight-limiting alcohol and caffeine intake, regular aerobic exercise and adequate calcium intake (around 700 mg/day) are all considered to be beneficial.

9.  There are no OTC medicines specifically licensed for treating menopause symptoms.

No antibiotics for acute cough 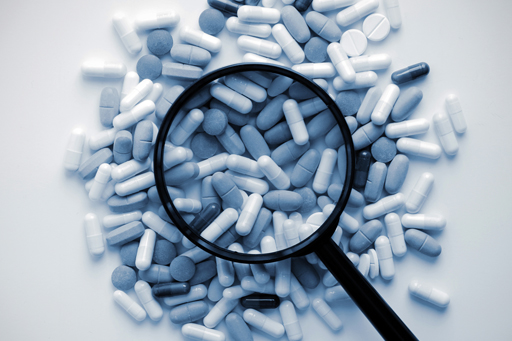