Man of the match

Five and a half thousand litres of liquid weighs a lot. And takes up a lot of space. When that five metric tonnes of liquid is urine it presents additional problems. Not least how do you even collect it? Then there’s the smell. And wouldn’t one’s wife, never mind the neighbours, soon start to complain? Such petty problems seem not to have worried German alchemist Hennig Brand.

Around 1669, Brand was heating residues from the boiled-down urine on his furnace, when all of a sudden glowing fumes filled it and liquid dripped out, bursting into flames. What he had collected was phosphorus, a name he coined from the Greek for ‘light-bearing’ or ‘light-bearer’.

The 5,500 litres of liquid yielded just 120g of the new substance. Some sources credit Brand with using the phosphorous to invent the world’s first friction match. This seems unlikely. What is certain is that it was a British high street chemist who made it possible for the world to do away with the need for flints and tinder in order to strike a light. John Walker was born in Stockton-on- Tees, County Durham, in 1781. He went to the local grammar school and was afterwards apprenticed to Watson Alcock, the principal surgeon of the town. John however disliked surgical operations, and quit that promising career to turn instead to pharmacy. In 1818, after studying chemistry at Durham and York, John Walker established a small business as a chemist and druggist at 59, High Street, Stockton.

Ethereal match
A year earlier in 1817 a French chemist had created what he called ‘the Ethereal Match’, a piece of paper – the ‘match’ - coated with a compound of phosphorous which ignited when exposed to air. The paper was vacuum-sealed in a glass tube, which was ignited when the tube was smashed. It was clearly not very practical. John Walker developed a keen interest in trying to find a means of obtaining fire more easily. Several chemical mixtures were already known which would ignite by a sudden explosion, but it had not been found possible to transmit the flame to a slow-burning substance such as wood.

John Walker conducted many tests. In 1827 when Walker was undertaking just such an experiment he stirred a mixture of antimony sulphide, potassium chlorate, gum, and starch using a wooden spatula. The wooden ‘match’ which had been dipped in the mixture took fire by an accidental friction upon a hearth. Walker at once appreciated the practical value of the discovery, and started making friction matches. They consisted of wooden splints coated with sulphur and tipped with Walker’s novel compound, the sulphur serving to communicate the flame to the wood. Walker realised he had created something not only of scientific interest but also of commercial value.

The advent of Congreves
The price of a box of 50 Walker’s matches was one shilling – quite expensive, more than £5 at today’s prices. With each box was supplied a piece of sandpaper, folded double, through which the match had to be drawn to ignite it. He named his matches ‘Congreves’ in honour of the inventor and rocket pioneer, Sir William Congreve.

Despite the high price, Walker’s salesbook contains an account of no fewer than 250 boxes of friction matches being sold, the first entry bearing the date 7 April 1827. Others of course were soon involved. One was Samuel Jones. Jones set up a match business in London, and cleverly named his product ‘lucifers’, a Biblical name for the Devil – a ‘light fallen from Heaven’.

The name persisted as slang into the 20th Century. Already comfortably well off, John Walker refused to patent his invention, despite being encouraged to do so by Michael Faraday and others. Instead Walker made his discovery freely available for anyone to make. In life, he received neither public recognition nor wealth for his invention, although he was able to retire some years later. In 1830 a French chemist, Charles Sauria, invented the first phosphorus-based match by replacing the antimony sulphide used in Walker’s matches with white phosphorus. Smaller, less odorous, and safer to use, white phosphorus matches would dominate the market until the start of the 20th century.

‘Phossy jaw’
The International Convention respecting the Prohibition of the Use of White (Yellow) Phosphorus in the Manufacture of Matches of 1906 was a multilateral international treaty negotiated in Berne, Switzerland. It prohibited the use of white phosphorus in the manufacture of matches. The background to the treaty was the extensive medical problems, not least ‘phossy jaw’, experienced by workers in match production. Concern over phossy jaw had led to the London matchgirls strike of 1888.

Although that famous dispute did not end the use of white phosphorus, William Booth and The Salvation Army opened a match-making factory in 1891 which used the much safer, though more expensive, red phosphorus. John Walker died in Stockton on 1 May 1859 and was buried in the grounds of St Mary’s Church in Norton, near Stockton. Though largely unrecognised in his lifetime, the chemist is still honoured in the town for his invention – a memory made all the sweeter for not involving enormous quantities of urine. 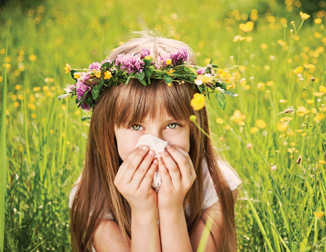 HayMax sales take off at Sigma