Keep calm and dab it on

Steve Ainsworth looks at the long history behind a household remedy

In various formulations, this zinc-compound suspension has been calming skin rashes and sunburn for longer than anyone can remember.

Although calamine lotion has an undoubtedly long history, no one is actually sure where it came from or how it was invented. Legend has it that it started as a folk medicine.

Zinc oxide ointment was mentioned by the Greek physician Dioscorides in the first century AD. Avicenna mentions zinc oxide in his Canon of Medicine, around 1025, as a treatment for a variety of skin conditions. But perhaps a better bet is ‘Paracelsus’ – Philippus Aureolus Theophrastus Bombastus von Hohenheim – the 16th century German alchemist, who spent much of his life exploring and promoting the use of mineral- based medicines.

Paracelsus certainly coined the name ‘zinc’. And calamine is an historic name for an ore of zinc. The name calamine was in turn derived from ‘lapis calaminaris’, a late Latin corruption of Greek ‘cadmia’, an ancient name for zinc ores in general. The Belgian town of Kelmis, ‘La Calamine’ in French, took its name from its zinc mine. But the ore has been found and mined all over the world, not least in Britain

In 1803, it was discovered that what had been thought to be one ore was actually two distinct minerals: zinc carbonate ZnCO3 and zinc silicate Zn4(Si2O7)(OH)2·H2O or hemimorphite.

The person who separated the two minerals was the British chemist and mineralogist James Smithson. In his honour, zinc carbonate ore is known as Smithsonite.

Smithson is an unexpectedly interesting character. James Smithson was born in 1765. His parents were Hugh Percy, first Duke of Northumberland, and Elizabeth Hungerford Keate Macie, a wealthy widow from Bath.

Illegitimate, Smithson was born in secret in Paris, and initially given the name Jacques-Louis Macie, which later, on his return to England, was changed to James Louis Macie. After the death of his parents, he changed his last name to Smithson, his father’s original surname.

Smithson enrolled at Pembroke College, Oxford in 1782 and graduated in 1786, later taking his MA there. As a student in 1784, Smithson joined in a geological expedition to Scotland and the Hebrides with Barthélemy Faujas de Saint- Fond, William Thornton and Paolo Andreani, each at that time internationally famous figures in the scientific community.

From coffee to brass

Smithson himself researched subjects ranging from coffee-making to the use of calamine in making brass. He was nominated for membership of the Royal Society by Henry Cavendish and made a fellow in 1787. He also studied the chemistry of substances as diverse as human tears and snake venom, publishing 27 papers in all.

His first paper, presented to the Royal Society on July 7, 1791, was ‘An Account of Some Chemical Experiments on Tabasheer’. Tabasheer is a substance used in traditional Indian medicine and is derived from material collected inside bamboo stems. In 1802, Smithson presented his second paper to
the Royal Society: ‘A Chemical Analysis of Some Calamines’. It was published in the Philosophical Transactions of the Royal Society of London and was the first documented use of the surname, Smithson rather than Macie.

Smithson travelled extensively on the continent. It was not uneventful. In 1807, he became a prisoner in Hamburg during the Napoleonic Wars. The following year, he wrote to Sir Joseph Banks and asked him to use his influence to help free him. Happily, Banks succeeded, and Smithson returned safely to England.

With the end of Napoleon and his continental conflicts, Smithson’s travels continued. He died in Genoa, Italy, on June 27, 1829 and was buried there. In his will, written in 1826, Smithson bequeathed
his fortune to his nephew, Henry James Dickenson. In the will Smithson, however, stated that if his nephew did not live, and had no children the fortune would be given to the United States: “I then bequeath the whole of my property ... to the United States of America, to found at Washington, under the name of the Smithsonian Institution, an establishment for the increase and diffusion of knowledge among men.”

The nephew promptly died, without issue. And Smithson’s fortune passed to the government of the USA.

It was a remarkable bequest, not least since Smithson had no connection with the USA. It was also a lot of money – half a million dollars, a vast sum at that time.

In 1903, Alexander Graham Bell, representing the Smithsonian Institution, travelled to Genoa to exhume Smithson’s body. His remains, along with 16 crates containing his marble crypt, were put aboard ship. On January 25, 1904 Smithson’s remains were escorted through Washington DC by the United States Cavalry before being re-interred within what was by then in the process of becoming the world’s largest museum.

Today, few folk in Britain recall the name of chemist James Smithson. In the USA his name is still revered.

Meanwhile, calamine lotion now enjoys the ultimate accolade of featuring in the WHO’s ‘Model List of Essential Medicines’, the most important medications needed in every basic healthcare system. 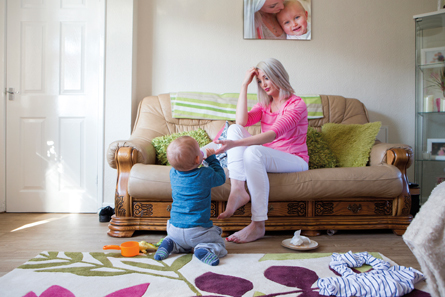 Looking after little ones