The government has scrapped plans to change legislation relating to hub and spoke dispensing that would have allowed the model to be more widely adopted.

The NPA welcomed the government re-think, which was announced by pharmacy minister Alastair Burt in Parliament yesterday. Legislation on this issue would no longer commence on October 1, he said, and instead the Department of Health would enter into detailed talks with pharmacy representatives before progressing any legislation.

Responding to the news, NPA chairman Ian Strachan said: “The Department of Health has listened to the growing chorus of concern in and around the pharmacy sector on this issue. The NPA has been at the forefront of the independent sector’s response and our detailed work on the issue has been key to achieving a unified position across the sector. So we are naturally delighted that the Department is going back to the drawing board, which has been our request from the outset.

"The entire policy package foisted on the sector in December should now be sense checked in the light of this development. At the very least, it surely calls into question the timing of the proposed funding cuts, which the DH has suggested could be absorbed because of the supposed cost savings from hub and spoke."

Pharmacy Voice chief executive Rob Darracott said: "This is very welcome news. No one is against attempts to create a level playing in the options available to pharmacy businesses, but we do not believe these proposals would achieve this at the current time. The detailed thinking that our members did, on behalf of their respective members and collectively across Pharmacy Voice, left many questions still to be answered on issues ranging from the implications for professional liability and regulation and for data sharing and consent, to the operational practicalities for businesses and the economic assumptions being made. We look forward to further discussions with the Department over the coming weeks and hope they will take this opportunity to listen and engage with sector in a meaningful way." 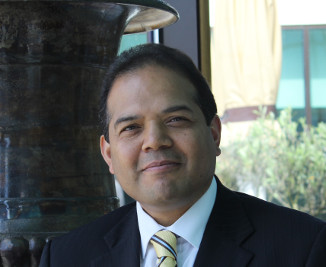