Khalid Ahmed set up the award-winning yourukpharmacy.co.uk just over two years ago. He’s a huge believer in community pharmacy, so why did he opt for the distance selling route? He speaks to Liz Jones.

Working hard for a living is in Khalid Ahmed’s blood. His father was in the clothing trade, working hard on the markets each day. “He wanted me to have a profession and pharmacy was what I found I had a drive for,” Ahmed says. “I was curious how medication could have an enormous impact on a patient’s health.”

After qualifying from Portsmouth University, Ahmed found that he only had two options when it came to running his own pharmacy business: go for a 100-hour contract or take the distance selling route. “Having a standard hour contract from scratch was either the 100-hour route – which for a single person was too many hours – or one being distance selling.

Being a 100-hour pharmacy was not viable for me and location was also going to be a problem. So in September 2015 I took the plunge and went down the distance selling route to grow my business from scratch.”

Having made that decision, things didn’t run smoothly as NHS England delayed his application. “The dispute lasted over two years,” he recalls. “My application was rejected within Greater Manchester but a similar application was granted in Lancashire. The system was clearly not fair and I challenged this through my MP.”

A lapse in process was discovered and Ahmed eventually got his licence and now runs yourukpharmacy.co.uk from a residential premises near Manchester Airport.

“As a pharmacist I try to visit every patient once a month at their homes and by bringing a smile to their doorstep helps me instill confidence in me as a person and my company,” he says.

“I always work in the community as I help out in the local mosque and have implemented a private pharmacy service within mosques in greater Manchester for the meningitis vaccines for pilgrims who want to perform Umrah.”

He is unhappy with the professional bodies’ attitude to distance sellers and feels they should act for them, too. “Businesses like mine are purely healthy competition,” he maintains. “Yet, we are viewed as a threat.”

Ahmed firmly believes that pharmacy has to wake up to the digital age. “We need to move with the times and distance selling is here to stay,” he says. He believes face-to-face contact with patients can be as easily achieved digitally as physically.

“Patients are happy using text, Facetime, What’s App and Facebook to communicate,” he says. “The need for face-to-face contact is now in the ice age. We are conducting face to face but in a digital world. We conduct the same consultation with patients whether they are in the next street or on the other side of the world.”

“Another strength is patients can contact me as a pharmacist 24 hours a day for advice, a unique service that no other pharmacy offers.”

Naturally, he is keen for distance selling pharmacies to help shape the future of the NHS.

“The professional bodies are only interested in their own model (bricks and mortar pharmacies). We are clearly outvoted. There is no voice for this type of pharmacy model.”

But Ahmed is not easily defeated. He is personally lobbying MPs and has an upcoming meeting with Andy Burnham, the new mayor for Manchester (and former Labour Health Secretary). While NHS England won’t allow him to offer a minor ailments service, he’s taken matters into
his own hands and offers free OTC lines to patients who need them (with free delivery).

Ahmed’s business model has been award-winning. It’s won the Asian Business award, the Oracle award for best business and was shortlisted for the E3 awards, too.

And he is keen to become an ambassador for the distance selling pharmacy world and to educate the system on how the model can help save the NHS money. “We are moving from strength to strength and nothing will stop us,” he says. 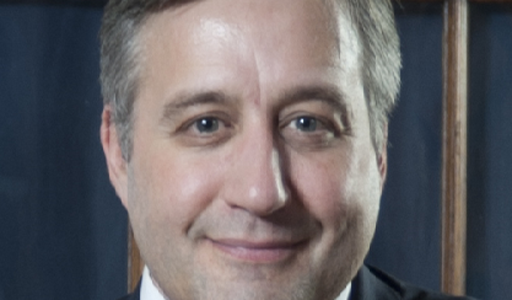