A treatment may have been found to prevent secondary cancers. Researchers at Imperial College London established thatÂ a protein called MARK4 caused tumourÂ cells to migrate and settle elsewhere, but discovered that a molecule, miR-515-5p, was able to block the gene producing it. They stopped secondaries arising from breast and lung tumours in mice by increasing levels of the molecule. They aim to study the molecule further and determine whether it will apply in other cancers.

A compact retinal scanner as small as a 1p coin, to replace present, expensive, bulky, desktop-sized equipment, is being worked on at the Medical University of Vienna. The maintenance-free OCTCHIP would work with light detection via Bluetooth, on a mobile phone or tablet. The researchers say it would be particularly useful in diagnosing retinal diseases in the remote areas of developing nations and could eventually be used asÂ a battery-run capsule for gastrointestinal diagnosis. They predict that the OCTCHIP could even become a self-diagnosis tool sold in supermarkets. A prototype is due by the end of next year and mass commercialisation could begin by 2020.

Healthy volunteersâ€™ immune systems have been used to empower the immunity of cancer patients to attack tumours in oneÂ of the developments in a new approach of recruiting immunotherapy to beat cancer. A team from the Netherlands Cancer Institute and Oslo University extracted T-cells from donors and inserted mutated DNA from the patientsâ€™ cancer cells into them. They then placed components of these cells in the patientsâ€™ immune cells. The treated immune cells were found to recognise cancer cells as intruders and an immune response resulted.

Sight specialists have found that 19 per cent of their patients with severe vision loss experience hallucinations. The images seen by the patients with age-related macular degeneration, diabetic retinopathy or glaucoma included light flashes, colours, geometric grids and lattices, landscapes, animals and people. Dr Keith Gordon, who led the study by the Canadian National Institute for the Blind, said: â€œMany doctors believe this phenomenon is very rare. However, this study shows itâ€™s actually quite prevalent. People are afraid to tell their family, friends and even doctors.â€Â The research, funded by Bayer HealthCare, involved 2,565 volunteers.

Womenâ€™s diabetes, cancer and heart disease risks have been observed to rise if they are employed for more than 40 hours weekly, and even to triple if the hours exceedÂ 60 â€“ but men were not similarly affected. Researchers at Ohio State University, who saw 12,000 volunteers, suspected that women faced greater risk because they bore a disproportionate housework and childcare burden and therefore suffered more stress. 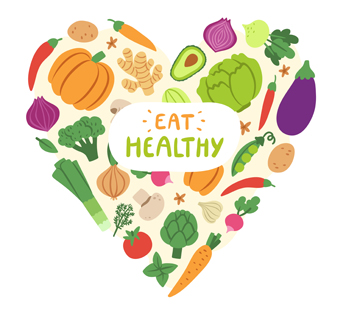 Diet is being investigated at Queen Mary University of London as a treatment for Crohnâ€™s disease and ulcerative colitis, the gut inflammation conditions whose cause remains unknown. Dr Harween Dogra is studying immune responses to nutrients in food among young patients to understand the disease processes and to find nutritional solutions that are safer than conventional medicines and inflict fewer side effects.