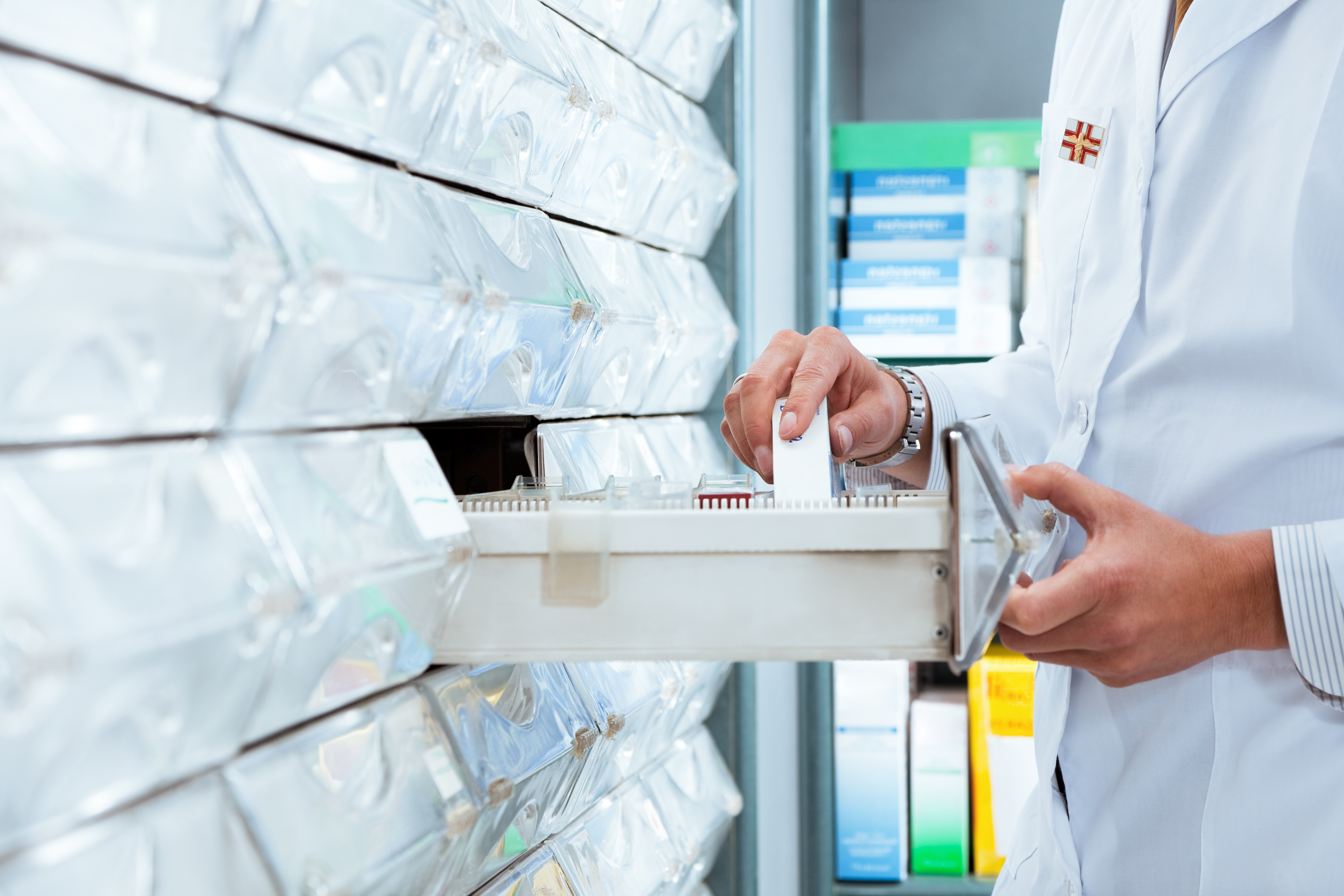 Are hub and spoke models the way forward in improving standards in dispensing and pharmacy healthcare generally? Sasa Jankovic investigates...

When the five-year funding contract for pharmacy in England was announced back in July, the government also pledged to change legislation so that independent pharmacies could operate a hub-and-spoke dispensing model.

This was, perhaps, unsurprising. The Department of Health and Social Care has been fixated on hub and spoke for years. With the annual global sum remaining at £2.592 billion until April 2024, and medicines use reviews (MURs) being replaced by an “expanded role” for community pharmacy that includes the provision of new clinical services, the DHSC admitted that it needed “dispensing to become more efficient to free pharmacists up” to provide them.

According to the community pharmacy contractual framework for 2019/20 to 2023/24, it is technology that will “transform the supply of medicines and delivery of pharmacy services just as it is transforming the wider NHS and economy”.

With that in mind DH agreed, with the support of PSNC, that the government will “pursue legislative change to allow all pharmacies to benefit from more efficient hub and spoke dispensing”, and as part of this it will “agree with PSNC which models will allow the whole sector to benefit fairly”.

As yet, we don’t know what this will mean in practice. When pressed, a DHSC spokesperson told ICP that using hub and spoke to allow pharmacists to spend more time with their patients or undertake broader, more clinical roles fits with the CPCF’s “ambition for community pharmacies to play an expanded role in the delivery of health and care, including supporting pharmacists to spend less time dispensing medicines”.

For the time being, Gordon Hockey, PSNC’s director of operations and support, clarifies that Section 10 of the Medicines Act 1968 and the Human Medicines Regulations 2012 contain the law which relates to hub and spoke across England and all the devolved nations. This only permit hub and spoke dispensing between ‘hubs’ and ‘spokes’ in the same retail business, with the result that only multiple pharmacies can currently use 'hub and spoke' dispensing models.

Back in 2016 when the government wanted to allow independent pharmacies to legally operate dispensing hubs to “create a level playing field”, pharmacy organisations – including PSNC – argued there was no evidence that hub and spoke dispensing would save money or improve patient safety.

However, since then, as technological efficiencies increase, PSNC has changed tack, and Mr Hockey says: “PSNC has agreed to support the DHSC in bringing forward legislation to allow all pharmacies to benefit from more efficient ‘hub and spoke’ arrangements … including the independent sector.”

While PSNC believes that “hub and spoke could be beneficial to independents as it may free up capacity and enable more collaborative working with other local pharmacies within a PCN”, Mr Hockey warns that the negotiator “has been clear that it does not believe that efficiencies will be realised quickly, and there are significant issues to be overcome with the introduction of hub and spoke dispensing for the whole sector, and we will continue to raise these caveats with the NHS and HM government.”

If the government does push this forward by amending legislation, then it seems the General Pharmaceutical Council could back the changes. The regulator’s latest guidance on hub and spoke/click and collect models1 acknowledges that, as changes in society and advances in technology make different ways of providing pharmacy services more common, “pharmacy services will continue to adapt and change, bringing opportunities to deliver pharmacy and other healthcare services in new ways”.

It adds: “We support and encourage responsible innovation as long as people using these services receive safe, effective and person-centred care”.

The National Pharmacy Association, too, says it will “remain at the forefront of thinking and research in this area – to maintain a level playing field and ensure that independents are not left behind.”

In general, because of the current legislative landscape, it is only multiples that are implementing hub and spoke right now, so how might it work for independents?

Gary Paragpuri, joint CEO of Hub & Spoke Innovations, supplier of the Pharmaself24 automated prescription collection system, says: “I think it's worth mentioning that what we are seeing in practice is the emergence of two types of hub and spoke models.

Even if the legislation changes to allow independents to use the same model as the multiples, it still might not be a seamless switch.

As the potential is explored, Gareth Jones, the NPA’s head of corporate affairs, says: “Globally, inter-company hub and spoke for automated dose dispensing is uncommon and there’s even less experience in relation to standard dispensing, so evidence of large-scale efficiencies is limited.

“It’s important that no-one – not the DHSC, pharmacy leaders or pharmacy owners - should make assumptions about cost, safety or the release of capacity. Assumptions are not the same as evidence.”

And while NPA research suggests some opportunities from hub and spoke, Mr Jones says it also highlights barriers that will need to be overcome to make any model fair and appropriate for independents.

“These include the risk of introducing new process errors, lack of clarity on the ownership of problems between the hub and the spoke, longer lead times, an impact on procurement margin, potential reduction in system resilience and problems caused by restrictive distribution arrangements,” he says.

Whether you are a multiple wanting to scope out the business case for installing a big dispensary robot, or a smaller pharmacy owner looking to speed things up with an automated prescription collection system, there are many things to consider.

For example, automation may reduce manual activities in the pharmacy, but if you can’t deploy the staff usefully elsewhere then you won’t be able to turn this into a cost saving.

Similarly, how do you choose the right system for your needs? For starters, any chosen system should be flexible enough to fully integrate with your PMR system and cover as many medicines as possible, to meet not only current patient demands but also the ones to come.

It’s also worth bearing in mind some costs or regulatory hurdles that may not be initially obvious. For example, you’ll probably need to factor in some preparatory work or a shopfloor redesign to get the pharmacy ready. There could be new glazing if you fit through a window or costs for a builder if you fit through a wall. In very old buildings you may need to ensure the floor can take the weight of a robot.

With the CPCF effectively imposing a pay cut on community pharmacy, and no clarity as yet on what all the extra services might entail, it’s hard to know what types of automation might end up being most beneficial in the future.

What we do know, is that anyone who wants to remain in the pharmacy business over the next five to 10 years will need to find a way of dispensing more efficiently to remain profitable.

Rowlands’ parent company is doing just that. Since June, more than 140 Rowlands pharmacies have been using its newly installed MediPAC dispensing system based at its Runcorn hub-and-spoke dispensing facility in Cheshire. This is on track to assemble 16 million of the multiple's repeat prescriptions a year for all Rowlands branches in England, Scotland and Wales.

Steve Anderson, Phoenix UK group managing director, says the plan is to extend the service to its Numark members once the legislation is in place, adding: “I welcome the recent announcement from government that it will change the law in order to allow us to do so.”

Well is also keeping ahead of the game with its new Essential Pharmacy model, which so far has seen it install Pharmaself24 prescription pick-up machines at its Northenden store in Manchester, and its branch in Poynton, Stockport.

More than 1,500 prescriptions have now been collected across the two locations, which equates to a time saving of around 4,500 minutes, according to Neil Stewart, head of Essential Pharmacy at Well. He describes this as “pretty staggering given that it is still relatively early days”, and Well is now investigating how it can support commuter patients with a third machine in Macclesfield.

Independents are picking up this baton too. Because it is not a late-night or 24-hour pharmacy, The Health Dispensary in Neath installed a Pharmaself24 to effectively extend its hours of access, which also dovetailed neatly with its updated approach to integrated patient health.

Ali Sparkes, pharmacist and director of the Health Dispensary, says the machine’s ability to scan prescriptions and store pre-ordered prescriptions saves “a huge amount of time which we can use to have longer, more productive conversations with our customers. It also gives customers far more flexibility to collect prescriptions 24 hours a day, 7 days a week. It’s like an extra team member in a way.”

It's this ability of community pharmacy to provide a wider range of services to customers than simply dispensing medicines that makes it an urgent necessity to adopt technological progress at greater pace.

As PSNC points out: “The development of technology is inevitable and Ministers as well as the NHS have been clear that it will, in time, transform the supply of medicines and delivery of pharmacy services just as it is transforming the wider NHS and economy. Community pharmacy must be a part of this process, or risk finding itself side-lined.”