Winners' stories: Power to the People

Terry Reid, winner of this year’s Pharmacy Team Learning and Development award is a firm believer in the mantra ‘You don’t build a business, you build people’ 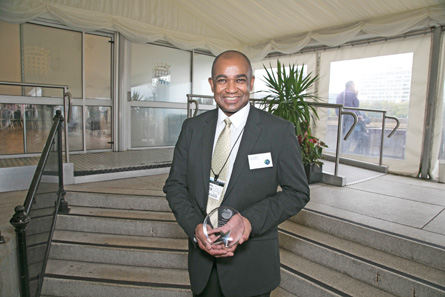 The ethos and vision of Terry Reid’s pharmacy in Edmonton, north London, is that each member of the team understands that they are equally responsible for every aspect of the pharmacy and that they are a valuable resource to the business, its aims and its outcomes, says Terry. Reid’s Pharmacy has received the Investors in People (IIP) gold award twice. The first time was in January 2014. The second time was in 2017.

The latest IIP report notes that leadership is inspirational and delivers positive outcomes for the business, employees and customers. There is, it says, a clear expectation and evidence that all employees develop their capabilities to the benefit of the business as well as their careers and personal needs.

It notes that the organisation’s revised standard (IIP6) is more challenging than previous versions and that it expects that gold accreditation be award to the top 2% of organisations assessed. Gold accreditation is, therefore, an outstanding achievement that everyone at Reid’s deserves praise for, the IIP report says.

Leadership skills
The report notes that the practice of regular team briefings that are led by different members of the team play a major part in developing the leadership skills needed for the team’s current roles and for future roles, whether working for Reid’s or not.

Since June 2012, the Reid’s team has achieved 100% mystery shopper scores on eight occasions, between 90% and 99% on eight occasions, and between 80 and 90 per cent on three occasions. Terry Reid graduated from Portsmouth school of pharmacy in 1982. Preregistration experience was with Boots in Luton’s Arndale Centre. He enjoyed his time there working with a group of 30 people on the pharmacy counter. After registering in 1983 he went on the road as a relief manager but after three months found himself back at Luton as the acting pharmacy manager, responsible for the very people he had just been working with. This was, he says, where he developed his passion for staff development – for ensuring people were happy, fulfilled and effective in their work.

Motivations
How did he go about making them into a happy team? “One of the first things I did was to sit down with everybody to find out about them and what their motivations and ambitions were. Incidentally, I still use this appraisal technique today – finding what people’s goals are, what they want to get out of the job and what they are prepared to put in. Then I told staff about our goals and targets, which they bought into and added to. My intention then was, and still is, to make sure that everyone is valued and that they feel they can be part of something greater than themselves.

“Even if someone comes and I know they are not going to be with me for ever I want to enhance their potential so that when they leave they are much better armed than when they came. I believe we should look at being a stepping stone in someone’s life.”

And people who get to work at Reid’s Pharmacy like that approach. Terry receives many messages of appreciation. A preregistration student wrote: “From the start, I was given multiple opportunities to learn. Every single member of staff contributed to my development.” Another wrote: “Throughout my experience, I gained skills and adapted my own skills to different tasks. I am grateful for this rewarding opportunity.”

Terry Reid acquired his pharmacy 29 years ago after seeing it advertised in The Pharmaceutical Journal. He was working hard as a Boots manager in Tottenham at the time, taking work home and generally showing a high level of dedication. He felt he would be better off using that energy and enthusiasm on his own account in his own business.

The pharmacy is registered for preregistration training. Hospital preregistration pharmacists as well as pharmacy students have short placements there. Five years ago, the pharmacy was refitted in the style of a modern European pharmacy and is now focused solely on health care with a special emphasis on skincare.

Four years ago, a travel clinic was added to the offering. Here, a free risk assessment is provided to people planning international travel along with appropriate vaccines, including for yellow fever.

Winners' stories: The pride of Portsmouth 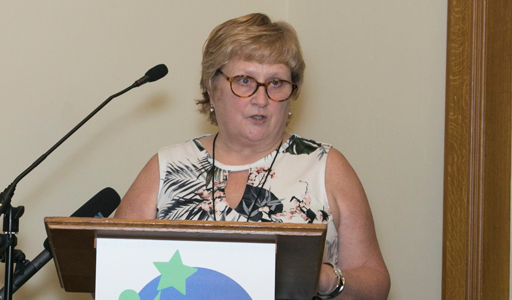 Pharmacy Product of the Year 2020