View from the front

View from the front 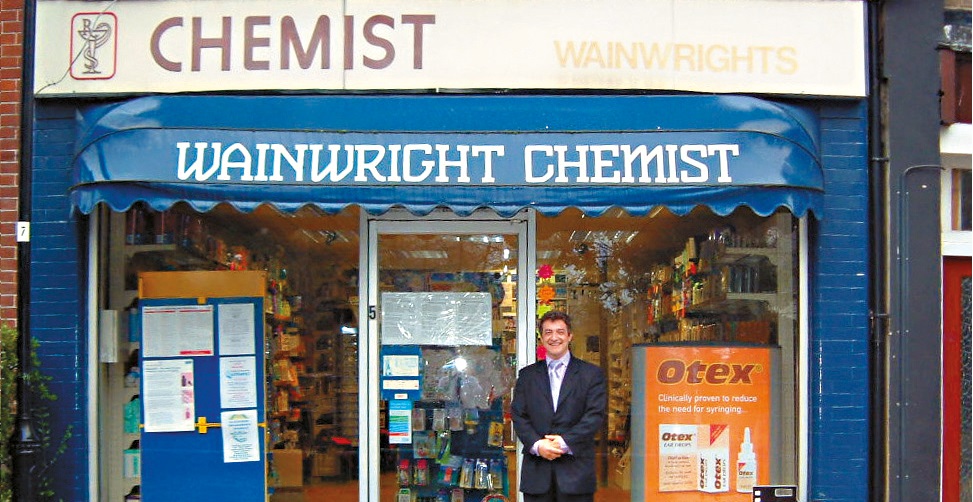 I believe that whoever says drugs are not dangerous has clearly never been hit in the face with a BNF. Trust me, it hurts â€“ a lesson I learned from my hospital days and Iâ€™ve avoided putting mine on a shelf above my head ever since. Iâ€™d also strongly advise never ever, under any circumstances, taking a sleeping pill and a laxative on the same night!

Iâ€™ve been known to tell friends who are fast approaching their 50s not to worry about old age as it doesnâ€™t last that long, and sometimes that makes them feel better. For any would-be contractors wanting to be in the business of business, I would say, seriously think about your future being defined by a bunch of clodhopping, egomaniac politicians and their mates â€“ a bunch of bureaucrats who have never even run a whelk-stall.

This nugget of wisdom came to me after I left another meeting about the pharmacy cuts led by an NHS official, where I suffered another overdose of tommyrot. I was in a philosophical frame of mind when I arrive at the event. Itâ€™s funny how things can change and you donâ€™t notice. In the garden, I have a new clump of daffodils. They werenâ€™t there last year but there they are, in a sunny corner, looking like they own the place. How did they get there, I started thinking. And how did I get here? Oh yes, to learn more about the funding cuts and how to chase the few crumbs being offered back that will mean doing more work for less. Not the same, but actually less.

Governments generally waste money and resources on galactically stupid reorganisations and pour billions into failed IT systems, amongst other things. I donâ€™t need to look much further than my nose to see fundamental mistakes that you would otherwise think were impossible, unfathomable and downright unbelievable. They must be strategically paralysed from the neck up to come up with their dumb ideas. Even the three blind mice could see through their failures. Because of this great government, my profession is jumping through artificial hoops and hurdles put in place by the same people whose only ambition is saving their necks by getting some of their wasted money back. Where is the accountability for failed policies and dumb implementation? Why do we have transparency and accountability rules for the masses and a different set of rules for power hungry political schlockmeisters dealing in junk hopes, broken deals and false promises? Remember Cameron and his â€œno top-down NHS reformsâ€?

So, the meeting started. At least the coffee was warm and, despite having arrived a bit late for refreshments, I was happy to find a few chocolate biscuits hiding under a napkin. I took my seat barely seconds before the session started and then I sort of lost the plot. Iâ€™m not sure where to begin. I might start with â€œcheekâ€ and work my way up: brashness, brazenness, gall, effrontery, chutzpah, impertinence, temerity, sauce. Iâ€™ve heard a few really stupid, galling things in my time, but what I heard took the biscuit. It took a whole pack of biscuits, the biscuit barrel and the biscuit factory. Even though the poor chap was only a messenger, I finally couldnâ€™t sit on my lips any longer and a â€˜conflab-a-thonâ€™ ensued after the simple question: â€œDo you believe what youâ€™re saying?â€ He answered in the positive and he defended the cuts by calling them â€œefficiency savingsâ€. I should have killed him there and then. No court in the land would convict me. It would be regarded as culling. But no, Iâ€™m a healthcare professional â€“ we save lives, we donâ€™t take them away. So I suggested he must think we are stupid and outlined my reasons.

He then had the audacity to say that saved funds would help out social care, A&E, and the GP shortages, in other wordsâ€¦ wait for itâ€¦ â€œthe front lineâ€. Where did he think the line is drawn for community pharmacists? For the vast majority of people, we are the only scientifically literate healthcare professionals on the front line that they can see every day and without an appointment. What does he think we do and where does he think we do it if not the front line?

He sounded forlorn, melancholic, shell shocked. He sounded like a solution-free zone and it seemed he could only speak when his foot was in his mouth. I suggested that if the DH was a patient, we would be treating it for anosognosia. When the meeting ended, I showed my appreciation and clapped with one hand. I had to show some appreciation because I suspect his attempt to polish a cow-pat was to ensure that he didnâ€™t fall foul of the DH and the consequences that could rain down on him if he told the stripped-pine truth.

Iâ€™d always believed at university that, as a pharmacist, Iâ€™d live in a cuddly, comfortable world where I thought that as I sweated, heaved, strained, pushed and pulled, against all odds, this would translate into levels of performance and productivity that would be the envy of a Zambian copper mine; not so. I never counted on funding cuts that are now the subject of a judicial review and government folly that never does a volte-face over bad health policy decisions.

If you had been at that meeting and hadnâ€™t got into a door-slamming, tyrescreaming, cup-chucking mood, I can only assume you were awaiting beatification! The guy who gave the speech is sleeping well tonight. His job is safe and he has no staff to worry about. A problem shared is a problem halved. I tried to share but it didnâ€™t help, and nor will these so-called â€œefficiency savingsâ€. The only lesson I took away with me is that the DH must employ myopic people who are the ultimate proof that selfconfidence and self-belief can become a self-fulfilling prophecy. I certainly wasnâ€™t fooled and I donâ€™t think many on the patient-care front-line will be.