A champion of health during the Covid crisis

Tracey Kyle is a people person. As much as she appreciates her role as dispensing pharmacy assistant at New Life Pharmacy in Glasgow, she enjoys being attentive to the health and care needs of people living and working in her community.

For nearly two decades she has worked at this small independent pharmacy building up relationships with patients and dispensing not only medicines but also healthy living services and advice. Ms Kyle takes a special interest in her community’s older people, recognising that some may be isolated, lonely and in need of friendly conversation.

“Some elderly people might not have seen anyone else in the course of their day. I might be the only person they’ve interacted with on that day. I want that interaction to be a positive thing. I want them to go away thinking ‘that was nice’, and ‘she’s a nice person,’” she says.

Her immersion in her local community - which includes ensuring elderly people understand their medicines and encouraging the many young professionals in the area have health checks - and her enthusiasm for public health, helped to earn her the health champion award in 2019.

Winning the award was “a shock – I don’t feel I do anything special – but it was nice to be recognised,” Ms Kyle says.

Her career in pharmacy began 17 years ago, when she spotted an advert in a local shop for a counter assistant. “I was 31, had just had a child and didn’t want to go back to my full-time job working long hours in a garage. I got the counter assistant job and began a new life in pharmacy starting out at two days a week,” she recalls.

While she says it was a “big transition” to take on this new role, she had been used to dealing with the public in her former post, only now in the pharmacy “I was going to be giving them help and advice”.

Having completed her counter assistant training, after three years in post she then decided to take a dispensing course. “The pharmacy owner asked if I wanted to do the training. I looked into it and thought it would be interesting, giving me more things to do in the pharmacy such as learning about drugs, and dispensing scrips and dosette boxes for vulnerable and elderly people,” she says.

Since becoming a dispenser she has continued to develop her skills, supporting the pharmacist to deliver such services as emergency hormonal contraception, travel clinic, palliative care, baby weighing and podiatry.

Ms Kyle has had training to become a Healthy Living Champion, which enables her to provide health information and signpost patients to relevant health services to enable them to live healthier lifestyles, and helped her achieve the award, she says. She has also raised awareness of healthy living in an affluent part of Glasgow – populated mainly by young families and older people - promoting services such as blood pressure and vitamin D testing, diabetes and cholesterol checks, type 2 diabetes screening and cardiovascular risk assessment.

As well as potentially reducing the need for medication, her blood pressure monitoring service can highlight problems with treatments and address what could develop into serious health issues. Ms Kyle recalls how one patient who had just had her medication changed presented at the pharmacy saying she felt unwell, and dizzy. “I tested her blood pressure twice and it was much higher than it should have been. I then contacted her GP, who adjusted the medication,” she says.

Although the pharmacy’s smoking cessation service has reduced in recent years, primarily because of an increase in vaping, Ms Kyle still takes carbon monoxide readings and captures the data on the patient record.

“I encourage people to come in and sign up for the service, and then I monitor them every week to see how they’re getting on.” As well as offering NRT, “I also give people pointers about how to take their mind off smoking so that they can forget that they ‘need a cigarette’”, she says.

When advising people about healthy eating she finds that many of them “are not aware about the importance of portion size. I also point out to them what a ‘healthy plate’ looks like,” she says.

At the start of this year, Ms Kyle ran a six-week research project on how advice on diet and exercise can improve people’s health. Twelve people had a full health check, including blood tests to measure cholesterol, risk of diabetes, weight and visceral fat. She says the research found that small measures did make a difference, including weight loss and a reduction in visceral fat.

“A few people dropped quite a few pounds and they enjoyed being supported one-to-one. Hopefully we’ll repeat the research next year with more people over a longer period of time,” she says.

While the healthy living services are advertised in leaflets and on posters within the pharmacy, Ms Kyle takes a proactive approach to promoting to patients that this support is available. Recognising the sensitivities of talking to people about lifestyle issues and choices she likes to “point out the positives of what it would mean to lose weight or cut down on alcohol.”

Her starting point for a discussion about, say, weight loss, could be when an individual visits the pharmacy to use their scales.

Immersed in the local community

Ms Kyle has immersed herself in her local community, ensuring elderly people understand their medicines. But sometimes contact with this patient group is about more than medications. “We have a couple of elderly patients who phone us almost every day. I have a chat with them and ask how they’re doing. I might be the only person they’ve spoken to that day. They need reassurance,” she says.

Her attentiveness is highlighted by the way she carefully handles a blind lady who comes in each month, with her carer to be weighed. “She likes to come in and get weighed – it’s about her self-esteem,’ she says.

Tracey also deals with queries from anxious patients about minor ailments. “We get quite a lot of professional parents visiting us - the school is next door  – and we give a lot of advice on ‘run of the mill’ children’s conditions like headlice and threadworms,” says Ms Kyle.

Tracey is involved in a signposting service for carers who have become ill looking after someone else. Her interest in this service began several years ago following a visit from a woman whose husband had dementia. “She was coming in stressed and agitated. I pointed her in the right direction to get help for her husband, including a carer sitting with him so she could go shopping to have her own space, rejuvenate, and be ready to carry on,” says Ms Kyle.

New Life Pharmacy is not close to any GP surgeries, so Ms Kyle helps promote its prescription collection and delivery service, which has helped the pharmacy to increase its dispensing of prescriptions to several thousand a month.

She says this scheme came into its own during the height of Covid-19 and lockdown with the local surgery requiring the pharmacy delivery driver to collect scrips and deliver them to vulnerable people’s homes – which has amounted to double the usual amount of deliveries. “As we have an older demographic a lot of people have had to shield and have very much relied on us,” she says.

During the pandemic the pharmacy has been “extremely busy.” From a pharmacy perspective, Ms Kyle says: “We want patients to know that we will endeavour to help them whatever way we can.” This help involves not only dealing with medication queries and requests for scrips – which tripled at the start of the pandemic - but patients phoning with requests for the pharmacy to deliver toilet roll and soap.

Under pressure during the pandemic

At the beginning of the pandemic she says patients were frightened, and some were aggressive. “There was so much going on in the media, so many deaths happening, and people’s fear led to aggression,” she says.

During the pandemic, “you were under a lot of pressure, with so much work to do, not just helping patients, but dealing with doctors phoning about scrips. And though you’d try, you couldn’t do everything. It was difficult to do your day-to-day job.”

While the health checks, part of Ms Kyle’s daily routine, were not available during the height of the pandemic, blood pressure and weight management services have since been reintroduced, with more to follow. Consultations happen only from a safe social distance and with pharmacy staff and patients wearing masks, while perspex screens have been installed in the pharmacy to protect them.

Since June, in response to the pandemic and the need for people to self-isolate, the pharmacist has offered remote digital consultations via email and video using the NHS Attend Anywhere system. However, Ms Kyle says although it is up and running within the pharmacy “we are not promoting this as we feel that it is better to give face-to-face consultations at the moment, especially as doctors surgeries are just starting to be working to more capacity.”

In the current climate, there are no further plans to develop pharmacy services, but rather, as Ms Kyle hopes, “to continue to normalise things”, though she predicts “we’ll all be wearing masks and social distancing for a long time.”

The picture of what New Life pharmacy services will look like in the ‘new normal’ may be unclear. But for Ms Kyle, the appeal of her role remains constant - even at a social distance – enabling her to make the most of her qualities as a ‘people person.’

And there are “no regrets” about the career shift she made from garage to pharmacy, because, as she says, “I like to chat. And that’s why this job suits me down to the ground.” 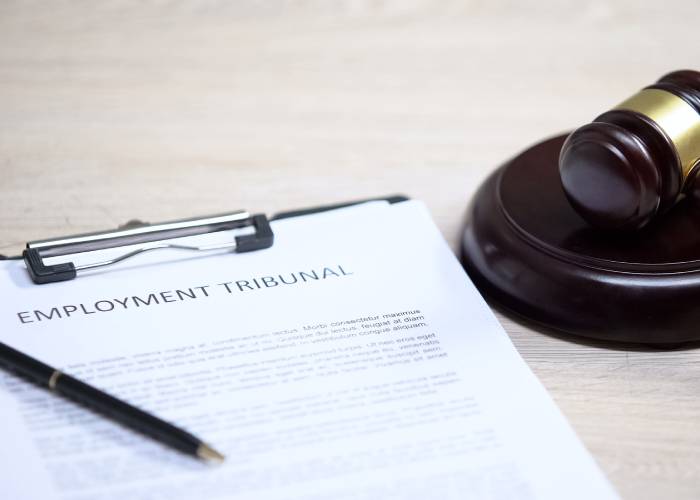