With endometriosis being one of the major causes of female infertility, new NICE guidelines highlight the need for a greater awareness of its symptoms and treatment. Victoria Goldman reports.

Endometriosis affects up to 10% of women but is often overlooked as a cause of pelvic or period pain. The first National Institute for Health and Care Excellence (NICE) guidelines on endometriosis were published in September 2017 to highlight the importance of early diagnosis and to encourage doctors to listen to their patients.

In April 2017 an All-Party Parliamentary Group on Women’s Health report found that around 40% of women with endometriosis visited their GP 10 times before they were referred to a specialist – and that for 10% of women, it takes 15 years of seeking help to receive a diagnosis.

“The major issue is that symptoms and severity don’t always go hand in hand,” says Himanshu Borase, consultant gynaecologist, One Stop Doctors. “There hasn’t always been consensus on how to diagnose and when to treat, which is why it has taken so long for NICE guidelines to be developed.

“With endometriosis being one of the major causes of female infertility, increased awareness through celebrities, health advancements and the media attention on fertility issues in the news have brought the condition into the spotlight. However, greater awareness of symptoms and treatment is still needed.”

Pharmacies may be the first port of call for over-the-counter remedies to ease period pain, IBS-type symptoms and bladder symptoms. However, given that many women remain reluctant to consult their GP about intimate health issues, they are even less likely to discuss their symptoms in a pharmacy setting.

“Acknowledging the symptoms and the physical, psychological and social impact it may be having on the patient is an important first step in encouraging the patient to discuss intimate health issues,” says Dr Sara Kayat, resident TV doctor on ITV’s This Morning and founding GP at GPDQ, the doctor-on-demand app. “This should then be followed up by providing them with information and support and ultimately encouraging the patient to see their GP.”

Ellis Downes, a London-based consultant obstetrician and gynaecologist, says we need to develop a culture where all women feel comfortable discussing any gynaecological symptoms that are unacceptable to them, with a range of healthcare providers – pharmacists, nurses and doctors – with a view to arranging early investigation and treatment.

“Pharmacists can encourage female customers to ask for advice about gynaecological symptoms by having prominent signs in their pharmacies explaining that confidential advice is available and encouraging women not to put up with miserable symptoms,” he says. “It is important there is a private room where the customer and the pharmacist can discuss these sensitive issues in a discreet setting.”

Endometriosis symptoms vary considerably from woman to woman, which is why
the condition can be difficult to diagnose. The main symptoms include pelvic pain (often worse during a period), pain on having sex, pain on opening the bowels or passing urine, nausea and a change

in bowel habits. According to the NICE guidance, the condition shouldn’t be ruled out if ultrasound scans are negative but the symptoms persist.

“Endometriosis can be confused
with other conditions that cause similar symptoms such as fibroids, irritable bowel syndrome and pelvic inflammatory disease,” says Professor Lesley Regan, president of the Royal College of Obstetricians and Gynaecologists (RCOG). “Unfortunately, there is no simple, non-invasive test for endometriosis and the exact cause of the condition is unknown. While there is no cure, there are many treatment options available to help ease the symptoms.”

Chris Mann, consultant gynaecological oncologist and laparoscopic surgeon, with a special interest in endometriosis at Spire Parkway Hospital in Solihull, says that it
has taken so long to develop the NICE guidelines for various reasons, including a relative lack of knowledge and appreciation of the disease until the last 15 to 20 years in the UK. “It is only recently that there has been a recognition for dedicated surgeons with a particular interest and expertise in the condition,” he says.

Period pain affects most women at some point and is often seen as a normal part of the menstrual cycle. However, it can affect everyday activities in severe cases. “If period pain is a one-off issue then it is okay to
take painkillers,” says Borase. “But if it is debilitating, meaning time off work, hot water bottles, painful sex and is occurring regularly, then early referral would be beneficial.”

The same referral approach applies to any other intimate health issues. “Any urinary or vaginal symptoms that are persistent should be seen by a GP,” says Kayat. “There are also certain women’s health ‘red flags’ that shouldn’t be ignored, including severe pain, bleeding in between periods or after sex, a deep pain on having sex, a change in discharge, abdominal bloating and weight loss.

“Bladder symptoms that need attention include persistent burning on passing urine, blood in the urine, sudden increased frequency or urgency of passing urine.”

Pharmacists need to get the balance right: for example, explaining that although bladder weakness is a common problem, it still shouldn’t be seen as ‘normal’. Persistent or severe bladder weakness should always be assessed by a doctor to check there is no underlying cause.

Downes recommends that pharmacists are aware of the symptoms of vaginal prolapse – the feeling of a lump in the vagina and a heavy dragging feeling, along with urinary incontinence. “These symptoms are largely under-reported,” he says. “If a pharmacist is aware that a patient is having urinary incontinence, they should gently suggest the customer should go along to see their GP for advice and support. 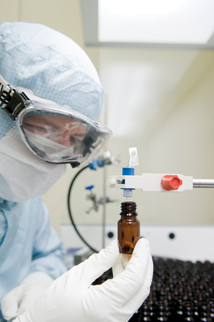