There have been some testing times for rabbits, finds Steve Ainsworth.

Itâ€™s spring. And if the annual invasion of Easter Bunnies was not enough back in April, then this year pharmacists with small children have had the additional burden of demands to visit the cinemaÂ to see Peter Rabbit. Itâ€™s an animated version of Beatrix Potterâ€™s timeless tale of the eponymous young rabbitâ€™s adventures in Mr McGregorâ€™s garden. 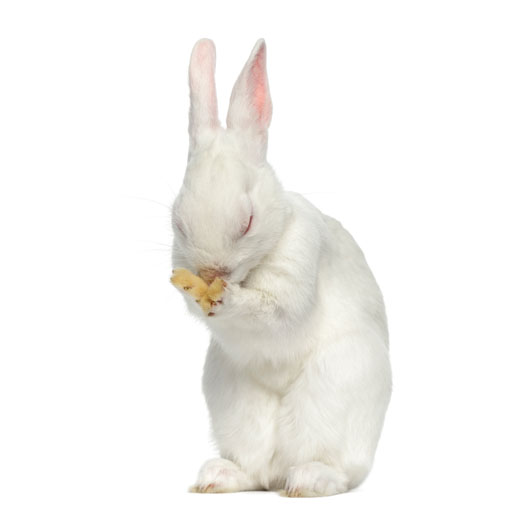 Itâ€™s thanks to Beatrix Potter that many youngsters encounter their first â€˜long wordâ€™. That word is â€˜soporificâ€™.

But why would Miss Potter report that lettuce makes one sleepy?

The idea has been around a long time. Anglo-Saxons called lettuce â€˜sleepwortâ€™. And a thousand years ago lettuce seed was listed as an anaesthetic in Avicennaâ€™s The Canon of Medicine. The Romans, too, thought that lettuce induced sleep: they seem to have got the idea from the ancient Egyptians who swore by the power of Lactucarium or â€˜Lettuce Opiumâ€™.

Lactucarium is the milky fluid secreted by several species of lettuce.

In the late 18th century â€˜Lettuce opiumâ€™ became a popular pharmaceutical product in both Europe and the USA. The drugÂ was prescribed and studied extensively in Poland during the 19th century, and was considered an alternative to opium, weaker but lacking opiumâ€™s unwelcome side-effects.

Early efforts to isolate any active alkaloid however were unsuccessful. NeverthelessÂ by 1898 Lactucarium was describedÂ and standardised in the United States Pharmacopoeia. In 1911 Lactucarium appeared in the British Pharmaceutical Codex and was recommended for use in lozenges, tinctures, and syrups, as a sedative for irritable coughs or as a mild hypnotic.

But, by then, rabbits were in the pharmaceutical news for a very different reason.They were known to be susceptible to syphilis and so made excellent test animals.

Paul Erhlich was director of the Royal Institute of Experimental Therapy in Frankfurt. He worked on parasitic infections and had identified an anti-parasitic arsenic compound called Atoxyl. That discovery encouraged Ehrlich in his search for a compound to treat syphilis. Rabbits had the unfortunate job of being his test subjects.

Not all arsenic compounds are poisonous to mammals. Ehrlich set out to find one that would attack the syphilis bacterium but not infected rabbits.

Not knowing which compound would work, Ehrlich and his Japanese assistant, Sahachiro Hata, tested hundreds. IfÂ they were lucky, the rabbits survived the poisoning, only to still be suffering from syphilis. The unlucky ones simply died.

By 1909, the two microbiologists had gone through over 600 different arsenic molecules, and rather more rabbits.

Compound number 606, arsphenamine, finally displayed the properties the two scientists had been hoping to find. They had found a chemical that cleared the syphilis infection, but did not kill rabbits. It was marketed as Salvarsan 606, and by 1911 became available to pharmacists as the very first â€˜magic bulletâ€™.

No doubt the rabbits were pleased. But their relief would not last long.

By the mid-20th century pharmacies worldwide were enjoying ever-increasing sales of sales of cosmetics and similar products. But their proprietors wereÂ not enjoying the increasing number of complaints about rashes, skin irritation and worse. Maybe rabbits could help?