Closures of community pharmacies in deprived areas could be “catastrophic” and place an “untenable” burden on local GPs, leading health organisations have warned.

More than one in four people faced with a closure who would normally seek pharmacy advice first on common ailments would instead make an appointment with their GP practice, according to YouGov research commissioned for Dispensing Health Equality and published today by Pharmacy Voice. This rises to as many as four in five people in areas of high deprivation, such as Fleetwood in Lancashire, according to NHS research.

The government has indicated that its proposed funding cuts would lead to up to one in four community pharmacies closing. The Dispensing Health Equality report argues that an uplift in GP appointments is untenable in any part of the country, but especially so in those areas that find it difficult to attract GPs in the first place.

This will affect communities such as Fleetwood and Easington Lane, a former coal mining village where there is no GP surgery, and just one local pharmacy serving the needs of more than 2,000 people. The report urges the government to take note of this in context of its proposed funding cuts, and seeks reassurance that in both urban and rural areas of high deprivation access to this much needed community asset will be protected.

Dr Mark Spencer, a GP in Fleetwood Lancashire, co-chair, NHS Alliance, and himself a coal miner’s son, comments: “At a time when there is an entirely unacceptable widening gap in life expectancy between rich and poor, extreme pressure on GPs, and increasing public awareness of the role pharmacy is playing in delivering services to support public health, it would be catastrophic if the areas that most need it, are deprived of access to this crucial community asset. Easington Lane and Fleetwood are two cases in point.”

Perspectives from Easington and Fleetwood are included in the report, which argues that “good health follows a social gradient: life expectancy increases according to postcode rather than genetic code”.

This comes into sharp focus after the age of 60, when the life expectancy gap is more than 30 years between those living in affluent areas and those living in deprived ones, according to research published last week by Cass Business School.

Described as the ‘inverse care law’, the country’s most deprived areas are frequently under-doctored, which can exacerbate health inequalities and life expectancy. Community pharmacy offers a ‘positive care law’. Local pharmacies, a health hub offering expert advice and support from highly trained healthcare professionals without an appointment, are within a 20-minute walk of almost 100 per cent of people. The government’s plans may adversely affect this positive care law.

Professor Rob Darracott, chief executive of Pharmacy Voice, said: “We should be outraged that there is now more than a 30-year life expectancy gap between our richest and poorest. And no general practice can afford to take on additional appointments to advise on common ailments that can be self-treated." 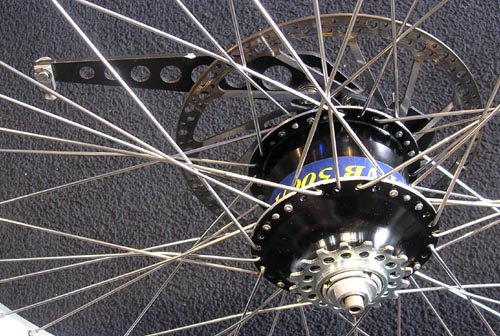