Kirit Patel, cofounder of the Day Lewis group, was a popular figure in pharmacy. So much so that a week after his untimely death at the age of 66 on July 16 over 3,000 people turned up at his home in Surrey for a party to celebrate his life. There would have been more but I got the date mixed up and turned up a day late. Kirit was an accidental entrant to the world of pharmacy. Sent from his home in Kenya to board at Truro School, his A-levels weren’t good enough to achieve his primary goal of entry to medical school so he went to Portsmouth school of pharmacy instead. One can only wonder whether he would have had the same impact on medicine that he had on pharmacy.

One thing has always puzzled me though. While helping to create a chain of almost 300 pharmacies, Kirit was invariably billed as a leading figure in independent pharmacy. I can remember being at one event when Day Lewis was described as the biggest chain of independent pharmacies in Britain – an oxymoron if ever I heard one! Perhaps it was because Kirit was not some distant figure sitting in splendid isolation at a head office somewhere, but a man who played his full part in the profession and put himself forward to serve his fellows on the Council of the Royal Pharmaceutical Society and the board of the NPA. Whatever the reason, Kirit left the world a much better place than when he came into it.

The PJ really needs to sort itself out when it comes to its obituaries. Its July issue, which reported Kirit Patel’s death in a short news item, had a full-page obituary for someone who will be totally unknown to the vast majority of the PJ’s readership. I have no doubt that an emeritus professor of medicine at Washington University who influenced aspirin use in heart disease was estimable in every way – but pride of place with a full page in the PJ? However, the obits policy is just a symptom. The PJ has lost its soul.

A proper editor with empathy for the profession needs to be appointed. The publisher who acted as editor-in-chief is moving on. Now’s the time to put things right.

PROBLEMS WITH THE PRESIDENT

There has been a bit of a fuss about the Society’s presidential election. Ash Soni lost the job because the English board did not re-elect him as one of its representatives on the assembly. And if you are not on the assembly you can’t be president. Now we have a previous incumbent, Martin Astbury, in the role.

Martin was the first president of the Society after it lost its regulatory role. He had been on the governing body before, having been elected to the Society’s council as a “Joe Blogg’s” candidate with the aim of representing the rank and file. I don’t know how the assembly goes about electing the president now, but in the old days it used to be done in secret session with only council members present. This process was legitimised in public session the next day when the chosen one was nominated and duly elected. Length of service had an impact on who was chosen. But those not thought up to it were passed over. And serving one term did not guarantee a second. I recall one incumbent sitting next to a dignitary from his local area at a council dinner trying to be cheerful while knowing that his presidency was to end next day against his wishes.

The junior doctors, who have voted against their recently negotiated settlement, are going on strike again. They have the backing of the BMA Council. This is another case of union militants exploiting a public monopoly in a protected market. Perhaps the government should threaten to drop the quota system for medical school places and let numbers be unlimited, as with pharmacy. That might do more to protect the public than the General Medical Council, which recognises the right to strike, seems able to do. 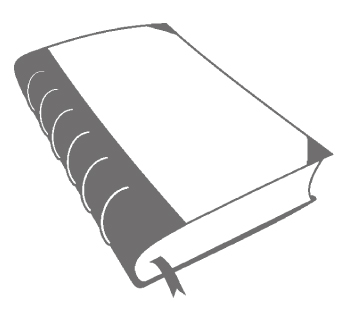