BREXIT AND ALL THAT

As a result of the Brexit vote, the free movement of pharmacists to the UK from EU countries could eventually come to an end. But presumably this will not mean that they could not come at all. If there is, as promised, an Australian-style points-based system for immigration then some might pass the points barrier. However, if points are related to need they might not be welcome, since the unrestrained schools of pharmacy in the UK are churning out too many pharmacists and the DH wants to reduce pharmacy numbers with its remuneration cuts.

If, as some want, Scotland leaves the UK and joins the EU, we face the intriguing prospect of Scottish pharmacists having to subject themselves to a points barrier before they could move south of the border.

I had my first trip to the Royal Pharmaceutical Society’s new headquarters in East Smith eld a few weeks ago. Out past the Tower of London, it seemed a bit off the beaten track and I was left wondering how many members have been finding their way there. The first HQ, in Bloomsbury, was pretty central. The next in Lambeth, was less so, and this one is even less accessible.

The new building’s exterior is not particularly attractive, but a high-quality job has been made of fitting out the interior. The entrance area is given over to impressive museum displays, which are far more extensive than at the former Lambeth HQ. The portrait of Society founder Jacob Bell, which used to hang in the Lambeth council chamber, features prominently in the display.

A striking feature of the new HQ is an atrium extending from the ground oor to the full height of the building at the rear. This is an addition to the original building and features a suspended staircase, which leads into the library at its foot.

The library in Lambeth, readers may recall, came off second best when space was needed for the newly set up General Pharmaceutical Council. Showing no gratitude, the GPhC eventually pulled out, which precipitated the move to East Smith eld.

Rooms in the new building have been named with historical connections in mind. There is a Bell Room and an Alan Room, the latter named after William Alan, the Society’s first president. There are Bloomsbury and Lambeth Rooms, recognising former HQs.

The Bloomsbury building, incidentally, is still intact and the legend ‘Pharmaceutical Society of Great Britain’ is prominent on the façades of two sides. I’m sure the Society would still be in Bloomsbury if the government had not grabbed the site for expansion of the British Library, a pointless purchase since the library was eventually built at St Pancras.

The Lambeth building, proudly opened by the then Queen Mother in 1978, is no more. Where the building once stood there is now a large hole in the ground in preparation for the erection of a block of flats.

One year on: confusion reigns 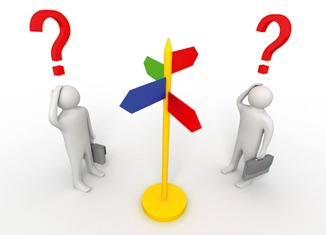 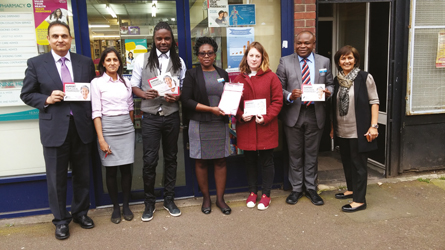 NHS under threat from ‘more for less’