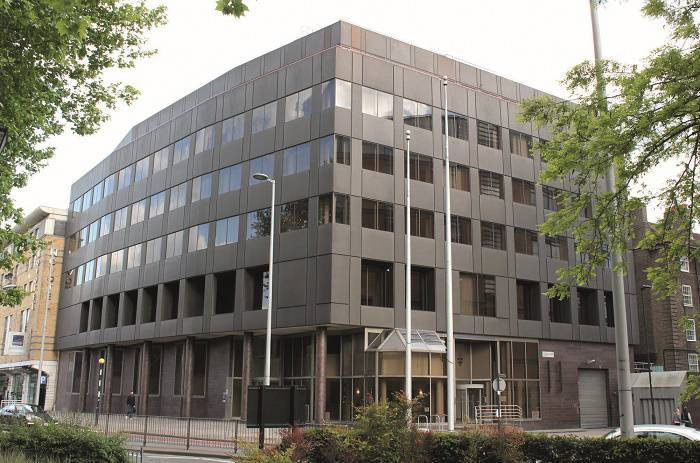 Documents on the sale of the Royal Pharmaceutical Society’s (RPS) headquarters in Lambeth seven years ago have raised questions over whether the professional leadership body benefitted when the building was sold on two years later for almost twice the price and if they knew that millions of pounds would end up in an offshore tax haven following the sale.

Papers seen by P3pharmacy also raise questions over whether the RPS carried out a robust enough valuation of the site of its headquarters at 1 Lambeth High Street (pictured), even though they appointed Capita to market the building for sale in February 2012, with Real Estate Resolutions (RER) selected as the preferred buyer later that year.

Another question is whether the RPS kept its members updated on the progress it was making moving into new premises at East Smithfield.

The RPS announced the £15.3 million sale of its Lambeth headquarters to RER in June 2013 and by April 2015 it had been sold on to Taylor Wimpey for more than £30 million. Councillors had approved plans to redevelop the site into 55 luxury homes and 14 affordable flats.

Upon announcing the sale, the RPS claimed the move to new headquarters would save £400,000 a year in running costs.

According to P3pharmacy, at least six entities were involved in the sale of the Lambeth headquarters between 2012 and 2015, including the RPS, its advisors Capita Property and Infrastructure Ltd and eventual purchasers Taylor Wimpey UK Ltd.

Millions of pounds from the sale of the site to Taylor Wimpey ended up with Lambeth Investments Ltd, which was incorporated in the Isle of Man and has since been dissolved, then Best Basin Ltd, registered in the offshore tax haven of the British Virgin Islands (BVI).

The identity of the individuals behind Best Basin Ltd remains elusive since the ownership of BVI companies is shrouded in secrecy.

Although there is no evidence that the RPS has links to Best Basin Ltd or has committed any wrong-doing, the professional leadership body has not disclosed if it knew that millions of pounds from the deal would end up off-shore.

The question of whether the RPS informed its members on the progress it was making on the sale of the Lambeth building and move to new premises is pertinent given it announced the sale on June 10, 2013 despite having not completed the transaction and, on the same day, reportedly exchanged contracts and committed itself to spending £6m on buying its East Smithfield base.

At its 2015 AGM, the RPS reported a net loss of £1m in 2014 following a rise in costs attributed to “investment in staff and product development”, with expenditure up by more than £2m.

The RPS also revealed it had a temporary net current liability at the end of 2014, with ongoing costs largely brought about by the purchase and refurbishment of its new headquarters at East Smithfield.

Spending on new product development and the acquisition and refurbishment of East Smithfield saw its overall cash and deposits fall by £4.6 million, although its assets were said to have increased by about £4 million.

When asked if its move to East Smithfield had saved it £400,000 a year, the RPS said: “The latest published RPS finances for the year ending 2018 are open access and available to view in the 2018 annual report.

“The 2019 finance report will be available at our forthcoming AGM. Members can be confident our finances are planned effectively and with due diligence.”