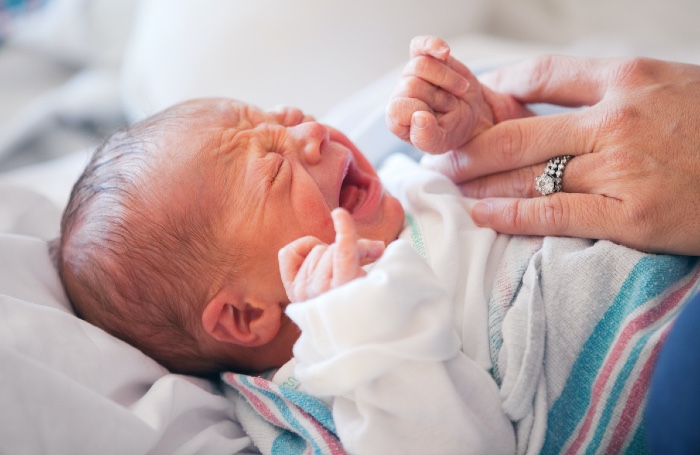 Eve, a pharmacist at the Casebook Pharmacy, is eagerly expecting the arrival in a couple of weeks of her second grandchild, but her daughter Zoe is a little apprehensive.

“Mum,” she says, “I don’t want to have to go through again what we went through with Alfie after he was born. Is there anything new on the market for baby colic that we could try if we need to?”

Eve well remembers the problems that little Alfie, Zoe and her husband endured in the weeks after Alfie’s birth.

“There’s nothing new on the market,” Eve replies, “but I learned a lot more about baby colic and how to treat it through that experience. And I’ve been able to help several of my customers and their newborns as a result. So if the new baby has the same problems as Alfie had, I think we’ll be able to deal with it better.”

4.              What other causes or more serious conditions can bring about inconsolable crying and distress in a baby?

5.              What are the main constituents of OTC treatments for infantile colic, and how effective are they?

Outside of these bouts babies are usually thriving and content and gain weight normally. Most infants with colic recover spontaneously by 3-4 months of age.

Colic occurs in around 10-30 per cent of infants, and males and females and breast-fed and formula-fed babies are equally affected.

2.          Commonly described features of colic include: inconsolable crying - typically, high-pitched and occurring frequently in the afternoon or evening; redness of the face; drawing up of the knees; flatus.

3.      Possible physiological or anatomical causes of colic include:

·     In breast-fed babies, something in the mother’s diet

·     Not enough of the air trapped in the stomach during and after each feed released, due to insufficient or ineffective ‘burping’

·     An anatomical defect – ankyloglossia - where the frenulum (the string of tissue under the tongue that attaches the tongue to the floor of the mouth) is too short. In many cases this does not impede feeding, but if it does it can be corrected by frenulotomy, a minor surgical procedure where a snip is made in the frenulum.

4.          Serious anatomical conditions, although together they constitute the cause of colic in a very small fraction of babies that suffer it, include:

·     intussusception, where one segment of the bowel invaginates ('telescopes') into another just distal to it, leading to obstruction

·     volvulus, a complete twisting of a loop of intestine around its mesenteric attachment site. This can occur almost anywhere in the GI tract

·     strangulated hernia, a protrusion of abdominal contents through the fascia (sheets of tissue that enclose body tissues beneath the skin) of the abdominal wall

·     torsion of the testis in boys, a twisting of the spermatic cord causing occlusion of testicular blood vessels, resulting in swelling of the scrotum and severe pain.

Other contributory causes include:

Antiflatulents. Air ingested with the feed is postulated as a possible cause of colic. Dimeticone and simeticone are defoaming agents that alter the elasticity of interfaces of mucus-embedded bubbles in the gastrointestinal tract.

Gas bubbles are thus broken down or coalesced and the gas is more easily eliminated through eructation or passing   flatus. Products are presented as drops and a dose is given before or mixed with a feed.

Lactase. This enzyme hydrolyses lactose in the small intestine to glucose and galactose, which are then absorbed. It is presented as drops which are added to formula feed, or to a small amount of expressed breastmilk before continuing with breastfeeding.

The manufacturer states that studies have shown a reduced crying time when formula or breast milk is incubated with lactase.

Gripe water. A proprietary formulation that currently contains sodium bicarbonate and dill oil, components traditionally used for the treatment of gastric flatulence, has been marketed for more than165 years.

Sodium bicarbonate reacts with stomach acid to produce carbon dioxide, which is vented by eructation and may help release trapped air along with it. Dill oil is a mildly carminative volatile oil which may also help to release trapped wind.

The product remains popular, possibly because it has been thought to be helpful and recommended by mothers to daughters over many generations.

There is little scientific evidence to support the use of simeticone,2 although it is unlikely to be harmful, nor for lactase.3

Generally, there are no clear management guidelines for the treatment of baby colic and no evidence-based cures.4 However, giving their baby a harmless, although not necessarily effective, OTC medicine may help ease parents' anxiety, as they will feel that they are doing something positive to ease their child's suffering.

6.  Alternative treatments and therapeutic approaches that have been used include:

Probiotics. Some studies have shown that probiotic therapy with Lactobacillus reuteri may be effective in breast-fed infants with colic,3 although evidence of the probiotic’s effectiveness in formula-fed infants is less positive.

Alternative therapies.  There is limited evidence that complementary therapies such as massage, acupuncture or chiropractic care may be helpful.

For bottle-fed babies, where it is suspected that cow's milk protein allergy may be the cause, there is some evidence that a completely hydrolysed formula may be helpful.4