A customer tells you he is flying abroad on holiday and asks if ibuprofen or some ear drops will ease the terrible pain he suffers when the plane comes down to land. He also tells you that he is virtually deaf for hours after landing, and wants to know if you can give him anything to help with his hearing.

1.     What is the condition that this man suffers from? What is the cause and is there any treatment or advice that you can suggest to prevent or ameliorate it?

2.     What advice or treatment could you offer to a patient complaining of earache?

3.     What is ear wax and under what circumstances could you provide treatment for removing it? What products are available?

4.     How would you advise a patient on the effective use of ear drops to soften and loosen ear wax before removal?

1. The condition the customer describes is called barotrauma. It is caused by pressure on the eardrum as air pressure in the aircraft cabin increases as it descends. It is more likely to be suffered by people who have had repeated ear infections in childhood, or who have suffered inner ear damage or injury from other causes. It is also worsened by a current or recent upper respiratory tract infection.

Chewing a toffee, sucking a boiled sweet or yawning can also help to equalise pressure in the eustachian tube and ease pain. Valsalva’s manoeuvre can also be used: the nostrils are held tightly closed with the thumb and forefinger while the person tries to blow out through the nose with the mouth closed.

An autoinflation device is also available and can be used to relieve barotrauma.

2. In adults, earache may sometimes be associated with an upper respiratory tract infection. As long as the pain is not severe it can be treated with oral analgesics for up to 48 hours before referral if the condition does not improve.

Earache in children should always be referred, as otitis media (infection of the middle ear) is fairly common and repeated attacks can lead to permanent damage if not managed properly. Use of an oral analgesic can be advised until a doctor can be seen.

3. Ear wax (cerumen) is a complex oily fluid secreted by sebaceous and apocrine glands in the external auditory canal, which combines with exfoliated skin cells to form a protective waxy layer. This is normally moved outwards by movement of the jaw in speaking and chewing, and removed by washing.

In some individuals, however, excessive cohesive cerumen is produced. This forms a waxy plug that affects hearing and causes discomfort. Examination of the ear canal with an auriscope is necessary to confirm its presence and exclude other causes.

Generally, syringing is necessary to remove ear wax but cerumenolytics can be used in advance to soften, loosen and partially dissolve it. Several approaches are taken, including the use of aqueous and oily solvents and surfactants, and oxygen generation to facilitate penetration of water into the plug.

Preparations include: Fixed and volatile oils. Ear wax contains a high proportion of oily components, so it is logical to assume that it can be dissolved, at least partially, by oils. The BNF recommends the use of olive oil or almond oil alone to soften wax before removal and several proprietary ear drop products contain olive oil alone. Arachis (peanut) oil is a constituent of other products, and one contains this together with rosemary and cajuput oils.

Urea hydrogen peroxide. Several ear drop brands contain 5% urea hydrogen peroxide in a glycerol base. In contact with tissues containing the enzyme catalase, hydrogen peroxide releases its oxygen to create effervescence, which helps to break up wax by a mechanical action. Glycerol assists in softening the wax and urea increases penetration of the solution into the plug.

Sodium Bicarbonate Ear Drops BP contain 5% sodium bicarbonate and 30% glycerol in water. It is recommended as effective in the BNF.

Docusate sodium is a surface active agent that increases water penetration into the wax plug. It is the sole component of two proprietary products.

4. If cerumolytic ear drops are to be administered, it is best to have another person instil them.

Before use, the drops should be slightly warmed by holding the container in the hands for a few minutes.

The patient should lay their head on a flat surface such as a table, with the affected ear uppermost.

The requisite number of drops should be instilled.

The tragus (the small projection in front of the external opening) should be pressed gently once or twice, to assist the drops down the ear canal and to expel air bubbles.

The patient should remain with their head down for at least 5 minutes. A cotton-wool plug moistened with the drops can be placed into the ear.

Unless directed otherwise, the drops should be used night and morning for 3 or 4 days before syringing.

5. Glue ear is the common term for otitis media with effusion (OME). It is the result of a build-up of fluid in the middle ear and the Eustachian tube, preventing the eardrum from vibrating properly and so causing hearing loss.

It usually follows an episode of otitis media and occurs most frequently in children between the ages of 1 and 6, although it can affect older children. By the age of 10 some 80 per cent of children will have suffered at least one bout of OME.

It is self-limiting and usually resolves spontaneously within 6-10 weeks. The condition is uncommon in adults.

Pharmacological treatment is generally ineffective: antihistamines, decongestants, steroids and antibiotics have been found to be of no benefit.1

The use of an autoinflation device, where a balloon is inflated by blowing into it from one nostril while sealing the other nostril with a finger, resulting in an increase in intranasal pressure and opening of the Eustachian tube to produce a Valsalva manoeuvre to relieve OME, is harmless but evidence for its effectiveness is limited.

Myringotomy (an incision into the ear drum) and drainage of fluid with insertion of a ventilation tube (grommet) is sometimes performed in chronic cases, but the effect on hearing loss has been found to be small and diminishes with time.2 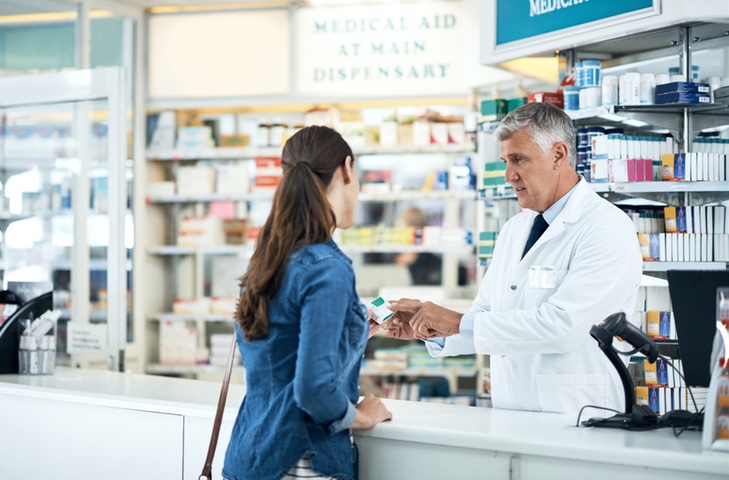