Leading the team in Glenrothes

Bernadette Brown’s Cadham Pharmacy in Glenrothes, Fife won the Pharmacy Team of the Year Award in the Independent Pharmacy Awards 2015. Douglas Simpson went to Glenrothes, a post-war new town, to find out more about Bernadette and her pharmacy

Bernadette Brown graduated from Strathclyde school of pharmacy in 1986 and registered in 1987. Preregistration was in Leven, Fife, at a Boots the Chemists branch and Bernadette has fond memories of her time there. The pharmacy was small and village-like. Anne Smith, the manager, had been in post for a long time and was well known to customers and patients. Likewise the dispenser, Jessie Fleming.
Bernadette says: “The continuity of staffing gave the pharmacy its friendly feel. I realised I would like to own a pharmacy like that.”

Her first job after registering was as a relief manager with Boots in Fife. Next came having a family and locum work, including spells at the pharmacy she now owns, where the proprietor was James McIntyre.
“This gave me the feel for independent pharmacy. They were so welcoming and I wanted to work in such an environment.”

Next came a period of four years as a practice pharmacist in a GPs’ surgery in Lochgelly, Fife, where the GPs were her mentors when qualifying as a supplementary and independent prescriber. While there, Bernadette ran one of the first hypertension/cardiovascular clinics to be set up in a GPs’ practice.

In 2009, she moved back into community pharmacy. This again included working for Mr McIntyre, who was looking for more help.

At the same time, with the support of Scottish government funding, Bernadette began clinics for the North Glen Medical Practice in Glenrothes (the nearest one to Cadham Pharmacy) and also at Leslie Medical Practice, in a village nearby.

Says Bernadette: “The funding was to get community pharmacists integrating into community practice. Because I had already been a prescribing practice pharmacist it made perfect sense for me to apply and get funding for these clinics, which I have been doing for the past seven years.”

The clinic for North Glen is now done in Cadham pharmacy itself. The Leslie one is still undertaken at the medical practice.

Is she able fully to use her prescribing skills?

“Absolutely. At Leslie, I deal with uncontrolled hypertension patients. They might be on one or two medicines and, if their blood pressure is high, they are referred to my clinic. I’m able to work with the patient and amend their medication.”

She has also done respiratory disease clinics at Leslie, dealing with patients diagnosed as suffering from asthma and COPD.

Bernadette sees the future in developing these roles in community pharmacy.

“The experience I gained in the GPs’ practice I can bring into the community. We have got four or five COPD patients coming here on a regular basis for review and I’m actively prescribing in those areas as an independent prescriber.

“I work in partnership with North Glen medical practice. I’m able to review patients and amend their medication and write prescriptions. I report to the GPs and discuss the patient. If we are in agreement, we go ahead with my plan. I will then see the patient on an ongoing basis. Every time I see a patient we feed back to the doctors, using a print-out from our patient medication records.”

How do the GPs like working with her as a pharmacist?

“They have got used to it here. Initially there were barriers. It does take time to build trust. And you have to have successful outcomes. When they see their patients are well and are happy on what you are doing, then they see you as an equal healthcare professional working alongside them. I am on first name terms with all the doctors. I go to their practice meetings.”

Could anything be done to improve things?

“If I had access to the patients’ files on the GP patient records computer system I could provide a live update.”

Bernadette is keen to expand her clinical work. She is currently undergoing training to take part in the RIVERS primary care pain management programme, which is being developed in Fife.

Aside from this, she has been been reviewing patients on complex pain medication for the doctors at North Glen with the aim of getting them off COX2 inhibitors because of long-term cardiovascular risks. She has been putting patients on a safer regime.

Bernadette also wants to take her prescribing skills to care homes: “I would like to go in and do medicines reviews and deal with polypharmacy.”

“We could have a role in emergency care. With suitable training and PGDs and protocols in place we could prescribe in an emergency when GPs are not available. Prescribing for urine infections after urinalysis is feasible.

“And we could prescribe in the event of COPD exacerbations under a suitable treatment plan worked out with GPs.”

As it is, Bernadette has set up a COPD spirometry clinic in which she is assisted by a nurse, Margaret Willison. The aim is to screen for COPD and smoker’s lung patients.

“This is something Margaret and I have done because we think there is a need. There is no funding for this, but I am hopeful there might be ‘public health’ money in the future.”

In a recent move, one of the North Glen GPs has offered to train Bernadette in ear, nose and throat triage, which could lead to her prescribing for suitable patients.

Other services in the pharmacy include a skin clinic and travel service clinic.

The type of clinical work that Bernadette is involved in is seen as being the norm in the future under Prescription for Excellence, the Scottish Government’s policy for pharmacy.

Is Scotland ready for Prescription for Excellence? Are there enough pharmacists in Scotland to make it happen?

“Not yet,” says Bernadette. “The deadline might have to be put back a bit.”

She herself can do what is required and she would like to help other pharmacists to be able to do it as well. “They are welcome to come and see what we do.”

At the moment, there are pockets of pharmacists working with GPs. “The plan is to have that everywhere. They should try to find a way of helping people like me to get involved.

“As long as the boards are encouraging us and funding us, that is the way forward. The money from dispensing prescriptions cannot sustain clinics so there has to be other ways of helping people like me to continue to operate clinically and to prescribe.”

Bernadette adds: “I have set up the environment and I would love to do this all day long. At the moment I have got limited funding. There is a need for what I do. The public like it and they have greater access to the help they need. The doctors like it. It must be the future.”

What should the individual pharmacists be doing to ready themselves for the future as envisaged in PforE?

“Hook up with the local GP practice and build relationships. Come and see people like me and network more. Shadow the nurses. Lobby MSPs.”

How can the profession prove itself?

“We need to find a way of recording outcomes data electronically. We do a lot without recording it. That needs to change.”

Could government be doing more?

“There should be more roadshows, with doctors and pharmacists mingling.”

One thing that Bernadette is worried about is the future funding of her clinical work. At the moment it comes from the Scottish Government and she has been told that this funding will be used for integrating practice pharmacists into GPs’ surgeries. She wants her clinics to continue as they are, some in the pharmacy and some in a surgery.

“I don’t want to stop what I am doing but to do more of it. The ‘future of pharmacy’ documents are all about independent pharmacists working exactly as I am.”

So she was relieved to read in an interview in ICP with the Professor Rose Marie Parr (Scotland’s chief pharmaceutical officer) that it was important that, as well as pharmacists in surgeries, there should be community pharmacist’s running clinics in their pharmacies under the new arrangements and that there should be funding for her type of practice (ICP, April, p16).

Further opportunities for clinical work are available though the chronic medication service, which provides for patients on stable medication to be managed in community pharmacies.

Bernadette says: “We have got about 40 CMS patients and the number is growing. We have now agreed with North Glen medical practice that if I see suitable patients and their medication is settled they will issue serial prescriptions.

“CMS gives me the opportunity to intervene if I need to. For example, if a patient on blood pressure medication is not well controlled we can work together with the doctors to get blood pressure stabilised.
“If cholesterol is really high, I can refer a patient to get a full lipid profile and liver function test. Several patients have been put on statins as a result of that.”

It has taken a while for the CMS to get going. Why is this?

“We have practices in Glenrothes who still will not give us serial prescriptions.”

What could be done to change this?

“Better interprofessional understanding. What has worked for North Glen might be a formula for other places. They know me and have known me for a long time. They trust me with CMS.

“I am having meetings with other practices now and telling them about my CMS experience. Although it is government policy, GPs need to believe that pharmacy can handle it.”

So it seems that it is individual pharmacists like Bernadette developing relationships with GPs that is needed to get CMS off the ground.

What would she like to see in the current NHS pharmacy programme to enable it to better meet patients’ needs?

“Patients should use the minor ailments scheme more. Patient education is needed. We are trying to get them to realise that it is a triage service where we deal with what we can and refer the rest.”

Win the recognition your pharmacy deserves 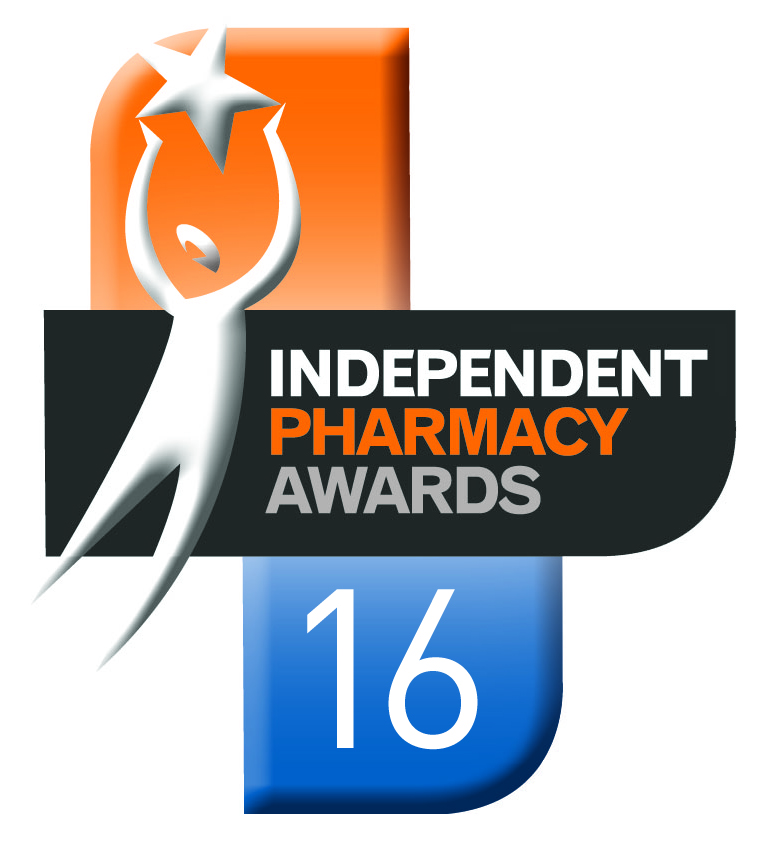 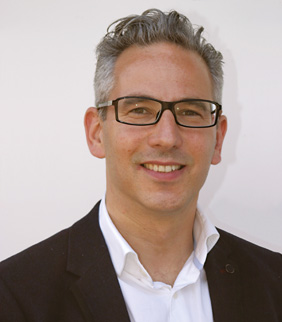