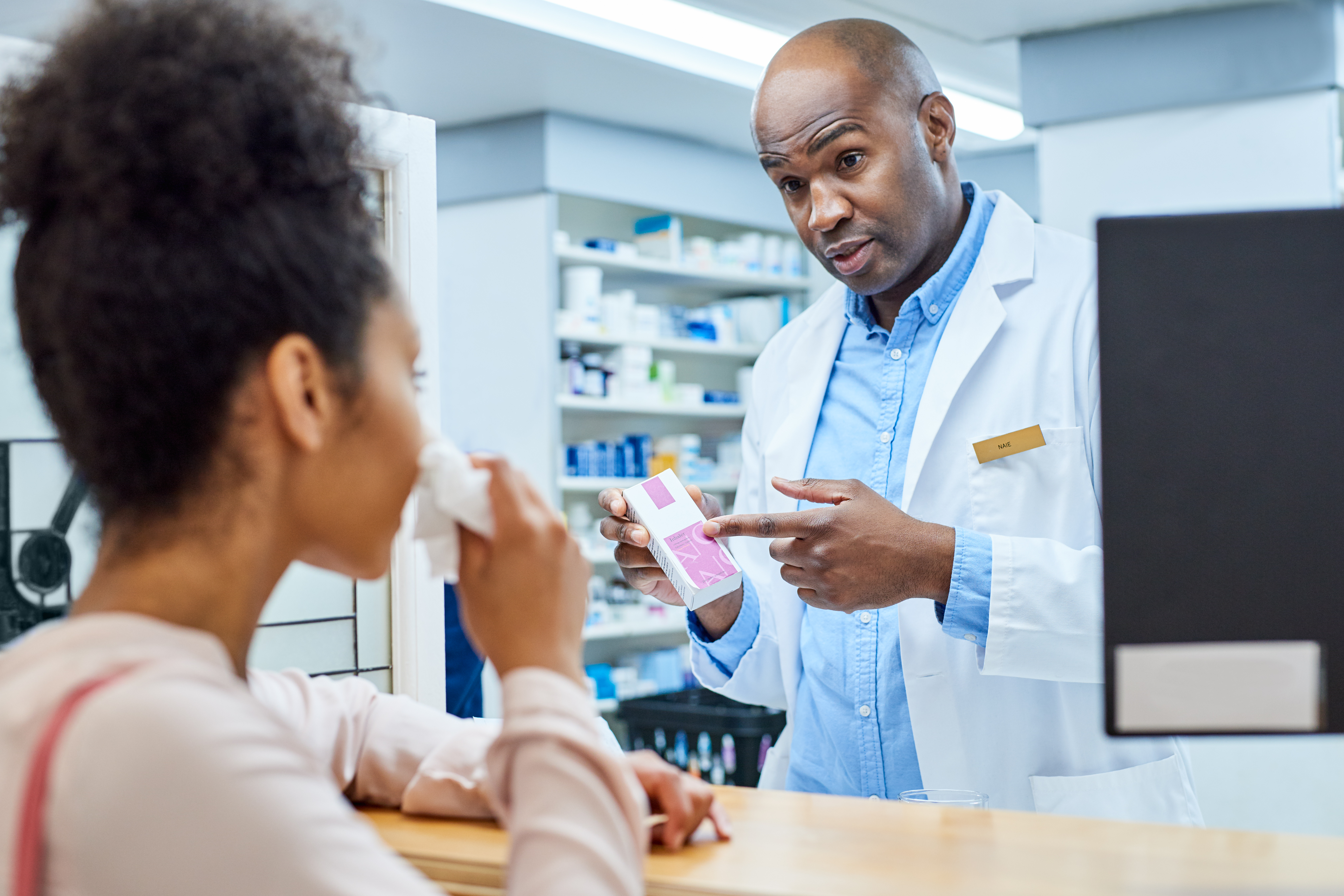 How can pharmacists empower patients to make the most of summer with a ‘total control’ self-care approach towards hay fever? Farah Ali explains…

Hay fever is a growing concern in the UK, affecting one in four. It can have a detrimental effect on quality of life, school and work attendance, and is a risk factor for developing asthma, yet only 34% of sufferers opt to defend against the symptoms.

Symptoms can be seasonal (March to September) but also year-round, depending on which allergens a patient is allergic to and the outside climate.

For example, many people are experiencing symptoms in winter, due to milder weather, new pollens and early pollen presence, due to the change in climate caused by pollution and other environmental changes.

Types of pollen are changing, plants are growing more vigorously and producing more pollen, due to our changing climate too. The longer season also means greater exposure to pollen and doctors are reporting an increase in symptoms.

People are travelling more and this may exacerbate their reaction to certain pollens. Less pollen exposure from choosing sterile living environments and the evolution of generations could be making the population more sensitive to allergies.

Customers may come to pharmacists with a combination of symptoms and not recognise whether they are experiencing the onset of a cold, or developing early allergy symptoms associated with hay fever.

To help determine the difference between the signs in patients, assess the following:

- A runny nose and clear, watery discharge could be due to hay fever, versus it being coloured green or yellow, which could indicate a cold.

- Itchy eyes are a common hay fever symptom but not for a cold.

- Unexplained aches and pains indicate a cold rather than hay fever.

- Sudden bouts of sneezing may be related to pollen exposure, as opposed to occasional sneezes typically experienced with colds.

If symptoms develop within a minute to a few hours, it could be hay fever; symptoms of a cold tend to form gradually (in two-three days)

If symptoms are persistent, over several weeks, it could be a sign of hay fever, whereas with a cold, it typically lasts between three to seven days and rarely more than a couple of weeks

Always ask what other medication patients are taking, as this can also sometimes cause or aggravate rhinitis

Recommend daily lifestyle changes to help patients with their hay fever management. Ask them to check the pollen count daily and stay indoors when it is high – pollen levels can remain high in the early evenings as the air cools and pollen drops to the ground. Keep windows closed when indoors, try using air purifiers and vacuum regularly.

Limit time spent in rural, grassy areas and avoid cutting the grass, wear wrap-around sunglasses and masks and avoid drying clothes outside when pollen counts are high – pollen clings to clothes, which brings it into the home.

Allergen barriers such as allergen nasal sprays help prevent pollen from attaching to the lining of the nose.

Recommend patients to record a diary or log to track symptoms, especially when it’s severe. Patients should start treatment, or use a preventative solution early, especially if there are known allergens and triggers that sufferers will be exposed to, or are prevalent at that time of year, or in that location, or if they suffer from persistent, year-round allergic rhinitis.

The nose is the gateway to hay fever symptoms. Therefore, it’s logical to choose a nasal spray product to help tackle the problem. Taking prompt action at the first sign of trouble can make all the difference.

Antihistamine-based drugs act to block the action of histamine, which is released in response to allergen (e.g pollen) exposure. They can be used as treatment, in response to symptoms, or as a preventative, when a patient knows they will develop symptoms, such as on a day with an expected high pollen count.

They are available in oral form (tablets and liquid) and although may cause drowsiness, this is more likely to occur with first-generation antihistamines (chlorphenamine) compared with second generation versions (cetirizine and loratadine). Eye drops can be used to treat occular symptoms including redness, itchiness and watering.

As reaction to pollen increases in sufferers, they can find that treatment choices become difficult, as the treatments are not so effective, and they may need to be referred to a GP to take stronger medication.