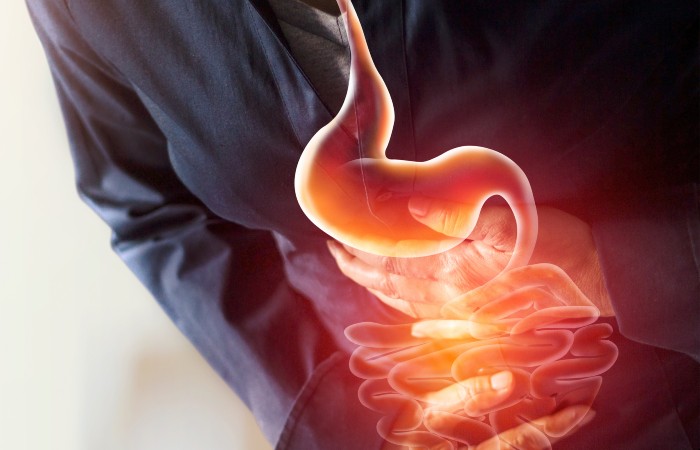 Although the number of people with peptic ulcer disease has fallen in recent years, it can have potentially serious complications if left untreated, as Steve Titmarsh explains…

Peptic ulcer disease is a term that encompasses both gastric and duodenal ulcers. Around 13 per cent of people with dyspepsia, which describes a range of upper gastrointestinal tract symptoms often referred to by patients as indigestion, have an ulcer.1

In the past, ten times as many men as women suffered from duodenal ulcer, while gastric ulcer was seen in around three men for every two women. Nowadays the frequency in men and women is similar.1

Casus belli
Peptic ulcers develop when gastric acid and pepsin damage the mechanisms, such as mucus and bicarbonate secretion, which protect the gastrointestinal mucosa.2

Peptic ulcers mainly occur in the stomach where they are called gastric ulcers, or in the proximal duodenum, known as duodenal ulcers. They are defined as a break in the mucosal lining of the stomach or duodenum larger than 5mm that penetrates down to the submucosa,3 confirmed by endoscopy.4

Originally H. pylori infection was discovered to be the main cause of peptic ulcer disease, but as the prevalence of H. pylori infection has fallen in western countries non-steroidal anti-inflammatory drugs (NSAID) and acetylsalicylic acid use has become the main cause of gastric ulcers.2 Alcohol, smoking and stress have also been associated with peptic ulcer disease.5

Peptic ulcer disease brings with it the risk of developing complications such as gastroduodenal haemorrhage, perforation and obstruction, which in turn are associated with a high mortality risk. The risk of complications is higher among older people, those with comorbidities and people taking drugs such as NSAIDs. About 1 in 10 people with a bleeding peptic ulcer will die, as will around a quarter of people with a perforated peptic ulcer.4
Patients at high risk of developing gastrointestinal complications with an NSAID include those with a history of complicated peptic ulcer, or those with more than two of the following risk factors:6

The symptoms
Symptoms of peptic ulcer disease are typically present for four or more weeks.4 They vary and can include:1,7
•      Upper abdominal pain or discomfort
•      Nausea, vomiting
•      Feeling full after eating
•      Heartburn occasionally although it is more typically associated with gastro-oesophageal reflux

When to refer…
Patients whose symptoms persist despite treatment should see their doctor. Those experiencing weight loss or sudden sharp pain that becomes worse should be referred for immediate medical attention. Bleeding or perforation with complicated disease is a medical emergency that needs immediate treatment.8

Gastric ulcer symptoms are inconsistent – eating can sometimes make pain worse rather than relieve it. Pain associated with a duodenal ulcer tends to be more consistent, perhaps starting mid-morning, relieved by food but then returning two to three hours later. If a patient wakes in the night with pain that suggests they have a duodenal ulcer.9

Long-term regular use of antacids and/or alginates should be discouraged.6 People taking NSAIDs should stop doing so if possible. If not, their use should be reviewed at least six-monthly. ‘As needed’ usage could be tried or a lower dosage. Switching to paracetamol, low-dose ibuprofen or an alternative analgesic could be considered. People who have had an ulcer before, and are therefore considered high risk, should be considered for a cyclo-oxygenase (COX)-2-selective NSAID rather than a standard NSAID.10

H. pylori testing and eradication
A carbon-13 urea breath test or stool antigen test can be offered to test for H pylori. Another option is laboratory-based serology if the lab’s performance has been locally validated.10

Only carbon-13 urea breath testing is recommended for re-testing as there is not enough evidence to support the use of the stool antigen test.10 There should be a two-week washout period after taking PPIs before a test for H. pylori is done.10

Those who are allergic to penicillin and have not been treated with a fluoroquinolone antibiotic before should be offered a seven-day twice daily course of a PPI and metronidazole and levofloxacin. Individuals allergic to penicillin who have received a fluoroquinolone antibiotic before should receive a seven-day course of a PPI and bismuth and metronidazole and tetracycline.10

If H. pylori infection persists after second-line therapy patients should be referred to a gastroenterologist.10 For people in whom H. pylori has been eradicated there is 5 per cent lifetime risk of recurrence of ulcers. However, that risk level rises to 60 per cent for gastric ulcers and 80 per cent for duodenal ulcers if they remain H. pyloripositive.4