Sales of insect repellents have doubled from this time last year

The travellerâ€™s classic â€˜summer complaintâ€™ â€“ upset stomach â€“ makes up a respectable segment of the OTC gastrointestinal market. The travel sickness remedies market is worth Â£7 million, while the anti-diarrhoeal market is valued at Â£50.5 million. The summer season sees some new ranges and product makeovers in the â€˜travellersâ€™ tummyâ€™ category.

â€œI had the neat, flat pots designed so they would pack easily into suitcases or handbags and the beautiful illustrations were so people wouldnâ€™t be embarrassed about the packaging; they look like a beauty product as much as anything medicinal,â€ explains Linda Booth, who runs a natural digestive health and gut disorder clinic and masterminded the range.

She continues: â€œI cannot stress enough the importance of taking care of immune health before, during and after travelling. I recommend the combination of Just For Tummies supplements to support the digestive system and stop those unwanted travellersâ€™ tummy troubles in their tracks.â€

Ms Booth says that pharmacists can recommend that travellers take live bacteria as a preventative measure against unfriendly bacteria up to one week before travelling, then every day of the trip and for one week afterwards. â€œThe beneficial bacteria will protect the body against any foreign parasites and other nasties it may encounter, so taking these supplements while travelling will play a key role in keeping the tummy healthy and happy,â€ she adds.

The top-selling rehydration brand Dioralyte launched sister product Dioraleze in September 2015. Dioraleze contains loperamide hydrochloride, which quickly reduces symptoms and slows down gut muscle movement, allowing stools to become firmer and less frequent. Two capsules are recommended at the onset of diarrhoea, followed by one capsule after each loose motion and a maximum of six capsules in 24 hours. The capsules are not recommended for children under 12 years old.

The homeopathic travel sickness brand Nelsonâ€™s Travella has undergone a makeover with some new packaging for this holiday season, launched in January. The non-drowsy product treats travel sickness symptoms including nausea, vomiting, dizziness and headaches. Nelsonâ€™s Travella brand manager Emma Wright explains: â€œThe new Travella packaging now contains an indication on the front of the pack, explaining the type of symptoms the product can help to relieve. It also now states the active ingredients and their potencies on the front of the pack, too, so that customers looking to buy a homeopathic travel sickness product can clearly see what theyâ€™re purchasing.â€

The OTC insect bite category is worth Â£13.1m, according to Information Resources figures. With the recent Zika outbreak hitting the headlines, it is no surprise that the category is biting back with buoyant sales figures.

The Zika virus, spread by the day-biting Aedes aegypti mosquito, has so far been reported in parts of Asia, Africa, the Pacific Islands, Central and South America, Thailand, the Philippines and Cuba. Zika exposure during pregnancy has also been linked to the birth defect microcephaly.

David Perkins, managing director of Ardern Healthcare, explains a substantial increase in demand for its flagship DEET insect repellent, Benâ€™s 100. He says: â€œIn 2002, researchers in the USA concluded that only products containing DEET (diethyl-m-toluamide) offer long-lasting protection from insect bites. They further concluded that the use of non-DEET repellents in areas with prevalent mosquito-borne disease would seem to be ill-advised and that DEET-based repellents remain the gold standard of protection.DEET has an excellent safety profile and in the USA eminent bodies now recommend that children over two years can use up to 30 per cent DEET products.â€

The 50 per cent DEET Jungle Formula Maximum range is proven to offer consumers protection from the A aegypti mosquito. It is available in pump, roll-on, aerosol and plug- in formats. The aerosol is suitable for use by pregnant women, but they are advised not to use plug-ins.

In response to more consumer questions about Zika, Jungle Formula has published a new travel safety sheet for customers, which pharmacists can recommend, and a supporting Q&A on Zika for pharmacists answering common questions. Both resources are available on the Jungle Formula website, www.jungleformula.co.uk.

The DEET-free natural insect repellent roll-on and spray from Incognito, containing Eucalyptus maculata citriodora, is also experiencing increased demand. â€œOverall sales of insect repellents have doubled from this time last year,â€ states Howard Carter, MD of Incognito. â€œFortunately Incognito now stocks six lines in AAH and Enterprise and four with Alliance Health, so your customers can enjoy their holidays in peace without worrying about mosquitoes and other biting or stinging insects.â€

Travelling â€“ especially long-haul distances â€“ can be distressing for those who suffer from bladder weakness. TENA has responded this holiday season with the timely launch of its Lady Pants Discreet in mid-March. The underwear-style protective pants are designed with leakage barriers and a feminine pattern to look like regular knickers.

TENA training and brand manager Donna Wilson says that being away from home can cause anxiety for the one in three women who experience bladder weakness. She explains: â€œItâ€™s important for pharmacists to advise and reassure their customers that with suitable protection, such as TENA Lady Pants Discreet, itâ€™s easy to manage bladder weakness while they are on holiday and give them peace of mind.â€ She adds that a customerâ€™s product needs will depend on whether they are in a low or high-risk situation.

â€œCustomers are likely to feel more conscious of their bladder weakness in situations where they are taken out of their regular comfort zone, like going away on holiday. These situations are regarded as high risk and thus customers will be more likely to require a more absorbent product, such as pant-style protection, that offers them extra security,â€ she concludes. 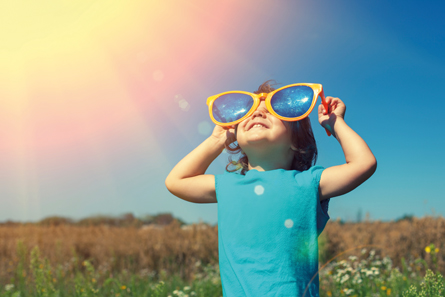 Safety in the sun

Boston Healthcare has expanded its Uvistat sunscreen range, the pharmacy-only suncare brand with SPF30 and SPF50 products. Last year it added the colourfully packaged SPF50 Kids Lipscreen to its existing Adult Lipscreen, which contains tea tree oil and vitamin E. Both products are available
for pharmacists to stock in a branded merchandiser unit.

Boston also recently launched its pharmacy-only After Sun Evening Protect lotion with SPF20 and 10 per cent aloe vera to help protect skin in the evening sun. Boston will run a consumer media campaign this year, highlighting the â€˜safety in the sunâ€™ message, with a presence in womenâ€™s magazines, local radio, newspapers and via activities with Melanoma UK. Uvistat will be supported in pharmacies, with a training module (available at uvistat.com/pharmacy), skin type guides, consumer leaflets, posters and sample sachets.

Last summer the Office for National Statistics reported a 9 per cent increase in the number of families travelling abroad, with people taking an average of 3.2 holidays per year. British holidaymaker numbers remain resilient, despite recent terrorism threats and geopolitical unrest.

ABTA reports that one in five people will be trying new destinations for the first time this summer, with Italy, Portugal and Spain proving popular as European destinations and Cape Verde, Cuba, Kenya, Thailand, Jamaica, Barbados and the UAE experiencing high demand further afield.