A bird in the land

His baking powder, he insisted, would provide fresh bread for the men, as well as puddings for the sick and wounded

Ever wondered why ‘custard’ means something different to aficionados of haute cuisine? Steve Ainsworth explains how it came about

History is full of remarkable pharmacists. Some are household names; others are long forgotten. When Alfred Bird died in 1878, his obituary in the journal of the Chemical Society listed his surprisingly wide range of interests:

“Mr ALFRED BIRD was born in 1811, his father, Mr John Bird, being lecturer on astronomy at Eton College. In addition to practising as an analytical and consulting chemist at Birmingham, he devoted considerable attention to physics and meteorology. In the course of his investigations into the laws of sound, he constructed a beautiful set of harmonized glass bowls, extending over
five octaves, which he used to play with much skill.

"In meteorology he devised a plan of demonstrating experimentally that the wind blows in circles. He also, in 1859, constructed a water barometer, a description of which is published in the Phil Mag for 1865, and which is still in perfect working order. With this he was fond of observing and showing to others the minute oscillations of the atmospheric pressure. He was well known for his originality and as the inventor of several useful appliances.”

Today, all that is forgotten. Yet Alfred Bird’s name is still remembered – albeit for a reason which the Chemical Society must have thought too trivial to mention.

Born in Nympsfield, Gloucestershire, Alfred Bird served an apprenticeship under Birmingham chemist Phillip Harris. As a qualified chemist and druggist, he went on to open his own chemist’s shop in Bull Street, Birmingham in 1842.

Yet, by then, Bird, thanks to his wife, had already made a discovery that would ensure his name would echo down the decades and endure into the 21st century.

Alfred Bird’s first memorable invention was egg-free custard, which he had concocted in 1837. It was originally intended only for his wife Elizabeth, who was allergic to both eggs and yeast. Bird used cornflour, colouring and flavouring instead of egg to create an imitation egg custard. According to legend, however, it was only when the ersatz custard was accidentally offered to some of his house guests that Alfred Bird realised his invention had a wider market.

In 1843, Bird went on to devise the form of baking powder still used by bakers today. The firm was soon churning out baking powder, too, in vast quantities; but it was Bird’s custard powder, which by 1844 was being advertised nationally, that made Bird’s name known in every household.

Before long, Alfred’s business was almost exclusively given over to production of custard and baking powder. The medicines and toiletries which had formed the basis of his original enterprise were relegated to a dwindling sideline. Just 10 years after his first breakthrough, Alfred needed to move the company to larger premises, in Worcester Street.

In the 1850s, Alfred even managed to get his baking powder to the battlefront in the Crimean War. More troops were dying from neglect than from battle wounds. To make things worse, food was scarce, and a soldier’s diet consisting mainly of hard tack biscuits. Troops were denied any bread as the authorities refused to store bread yeast in such difficult conditions.

Alfred wrote to the Duke of Newcastle, head of the War Department, offering to provide baking powder for the troops. His baking powder, he insisted, would provide fresh bread for the men, as well as puddings for the sick and wounded.

The Duke, however, was sceptical. Before making any decision, he wanted to see for himself what a loaf made using Bird’s baking powder was really like. He also insisted the loaf should be made in the presence of “competent authorities” in Birmingham, and be sent to him with a certificate proving the bread’s quality.

Birmingham’s mayor presided over the baking of five loaves using only Bird’s baking powder as the raising agent. One of the loaves was sent off to the Duke, who officially pronounced it “sweet and good”. As a result, the British forces in the Crimea got their fresh bread. Alfred liked to think his baking powder had provided bread and cakes for Florence Nightingale’s patients in the hospitals around the Crimea.

Before the end of the century, the Bird’s company was also producing blancmange powder, jelly powder, and egg substitute.

The company was one of the early users of promotional items and colourful advertising campaigns. The famous ‘bird and two chicks’ logo, however, was relatively late in arriving, introduced only in 1929.

Soon after the second world war, Bird’s was acquired by the General Foods Corporation, which was itself taken over by Philip Morris in the 1980s and merged into Kraft Foods. Although the Bird’s Custard product remains, the company name is now merely a brand. In 2004, Kraft sold Bird’s Custard to its current owners Premier Foods.

Alfred Bird died a very wealthy man on December 15, 1878; he was buried at Key Hill Cemetery in Birmingham’s Jewellery Quarter. His son became an MP and a baronet.

Alfred remains the only example of a Bird succeeding by doing away with eggs. 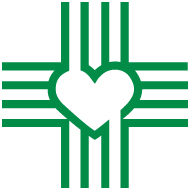 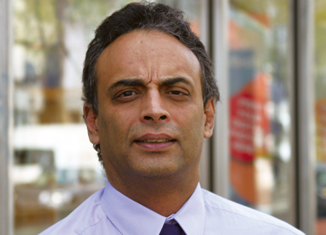