The times they are a changin'

While the nation may be divided, thankfully the NHS is not

We live in historic times. We watch events through the pages of a newspaper or magazine, the lensof the camera and the window of the screen.

Former prime minister David Cameron asked the question and got the wrong answer. Well, they do say ‘ask a silly question ...’ The referendum turned British politics into a public act of autosarcophagy where Boris Johnson saw his chance, leveraged a campaign off the back of Nigel Farage and UKIP and temporarily embraced Michael Gove.

Johnson took his troops into battle
and abandoned them in the aftermath, managed to destroy a prime minister, get a new prime minister without an electoral mandate, shatter the Labour Party, spin the media into conniption, rip millions off market valuations, undermine the value of the pound, stall investment, destabilise the nation, encourage another Scottish push for a break-up of the Union. And then simply walk away.

Now it seems that Johnson and Gove have fallen out, and Farage has resigned. Brexit campaigners are already rowing back on immigration promises and distancing themselves from the message on the big red Boris bus.

Boris is a bruiser and for him to somehow spin that Gove outplayed him to look betrayed is quite simply a political masterstroke, but then again he is a coin with two tails and could draw a crowd even in an arctic telephone box. Whatever occurred between Messrs Gove and Johnson, the biographers will tell us in the fullness of time.

From bad to worse

All we now know is that difficult times have been made perilous. And that’s not because I believe the protagonists who said that if we left we would be struck by famine and a plague of locusts, and we would become poor and our children would be sold.

Nor do I believe that if we had remained we could expect pestilence and depression,
we would become destitute with our grannies yoked to a plough and the only choice would be to follow the removal van.

I’m not sure whether we need to get a grip or to get a real understanding of what’s happening. Times are perilous because this was a campaign predicated on what was undeliverable and dishonest.

Economic migrants arrive not only from Europe, with other continents seeing their people on the move. Throwing away access to markets, grants, education, collegiate working, standards and all the

While the nation may be divided, thankfully the NHS is not rest, seems a high price to pay for the EU’s inability to confront economic rebalance and our own inability to control non-EU migration. Leaving the EU does not resolve a global phenomenon.

What seems to be emerging is that an unpacking of our relationship with Europe is not really what we want. An unpicking, maybe. Whatever, it will take years and cost a fortune. In the meantime we will lose traction, business, money, standing and patience.

What I think we do want is to solve the economic migrant crisis. So do Germany, Denmark, Holland, France and Italy. As do Poland and Romania – indeed the whole of Europe needs an answer.

The EU looks like a rabbit stuck in the lights of a fast car. I fear that without reform it will fail. In or out, an EU failure is the last thing we want.

A bigger EU, no. A better EU, yes, because for most of us Europe is the place we go to on holiday, for a conference or a match. For others it is a place they go to work, and Brexit won’t really change the fact that across Europe people want a job, somewhere safe to live and a relationship
that makes them feel good.

Now the EU is unlikely to be sympathetic: leave means leave. It is likely to result in the unpicking of trade deals, dismantling the body of UK law threaded with EU laws and regulations, fathoming the impact on international relations, the European Medicines Agency leaving the UK, the pharmaceutical industry passing on costs to us for doubled licensing fees, and issues for global diplomacy. Time to reach for the happy pills.

Like it or not, Brexit issues are going to rumble around for the foreseeable future and for now our country now has no shortage of commentary from politicians, the nay-sayers, the know-betters, the know- it-alls, the point scorers and the ‘I-told-you- sos’. Whoever says they know what’s going to happen next are either fools or liars.

While the nation may be divided, thankfully the NHS is not, especially where cuts are concerned. I’m sure we will be needed like never before! However, I was surprised when, the day after the referendum result, a lady asked whether the need to order her medicines was anything to do with ‘all this EU stuff?’

An honour and a privilege

I have been a paranymph (a ceremonial assistant and/or coach in a ceremony) 11 times now and each time has been a great honour and a lot of fun. My track record is magnificent, as most are still married. While fearful of another stag-do however, being asked to speak at funerals is a privilege.

Death will come to all of us, so we must make the most of everyday with what matters most, but sometimes the rat race makes us forget that everyone is a sentient being, a thinking animal on this beautiful planet, and that in itself is an enormous privilege and adventure.

Les and his whole family have used our pharmacy for many years and it was they who asked me to deliver his eulogy. Although I had known for a year that this was the way it would be, I wasn’t however prepared for it. He was an extraordinary man, full of love and life and I wanted to give him a happy but poignant valedictory salute.

It’s lovely to think we matter to our patients as they matter to us.

Preparing for the cuts 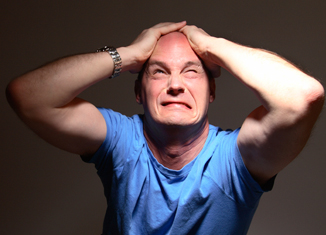