With their developing immune systems, children are more prone to winter coughs and colds than adults, so what help can pharmacists offer beleaguered carers and parents? 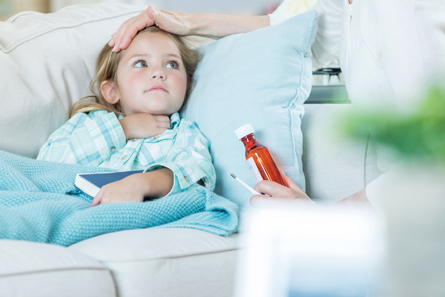 Given their propensity towards winter illness, for the 2016 to 2017 flu season, a newly licensed live attenuated influenza vaccine (LAIV) was rolled out throughout the UK. Targeting children with influenza vaccine not only reduces infection in immunised children themselves but also reduces influenza-related disease in other age groups, including elderly people, and individuals in high-risk groups.

The vaccine was offered to all ‘healthy’ two, three and four year olds and school age children (aged four to eight) in school year one, two and three in England and Wales. Uptake of LAIV was steady, with around 39%, 41.5% and 34% for children two, three and four years of age vaccinated, respectively. In England, 57.6%, 55.4% and 53.3% of children in school years one, two and three had the vaccine and uptake reached 68%, 66% and 66% per cent for the three years in Wales.

Changes this year will see children aged 4-5 years now offered flu vaccination in reception class, rather than through general practice and as part of the phased roll-out of the children’s programme, children in school year 4 will also be offered the vaccination.

Offering a little light-hearted relief when it comes to flu jabs in pharmacy, Valley Northern is offering a “Hassle Free Harry” mascot to keep toddlers’ minds off the vaccination. The company also says that he is the champion of its hassle free ethos, which makes sure pharmacists receive time-efficient and cost-effective products without stress.

Managing expectations
Thorrun Govind, a pharmacist from Sykes Chemist in Bolton, finds that parents and carers often need guidance on what products are available. “A lot of the time we have parents who grew up at a time when there were lots more products available than there are today,” she says. “So, it’s very much about managing their expectations.”

She also finds that customers need advice on the different strengths of products, too. “Products for children aged over six, for example, need to be made clear.” Govind highlights good hygiene in managing children’s cough and colds. “Handwashing is very important,” she says, chiming with the Royal Pharmaceutical Society’s recent antibiotic resistance campaign. Its emphasis on washing hands for the length of time it takes to sing ‘Happy Birthday’ twice is a habit that should appeal to young ones.

Children suffering with coughs and colds often have temperatures so advising on the use of ibuprofen and paracetamol is key, she maintains. “You can use both and I often explain this as a step-up procedure if just using one doesn’t have the desired effect.” When it comes to products, Govind believes that customers come in for advice. “They can get any big brand at the supermarket,” she explains. “Here, you get advice first. I also ensure I show the generic alternatives. It’s important for parents and carers to have a choice.”

Immunity boost
As the gut houses 70% of the cells that make up the body’s immune system, a balanced gut flora can help to stimulate the immune system for improved health and wellbeing. So, boosting a child’s immune system could be given extra consideration in the cold winter months.

Bio-Kult Infantis is an advanced live bacteria formula for babies, toddlers and young children. Each easy-to-use sachet contains seven strains of live bacteria, vitamin D3 to contribute to the normal function of the immune system, DHA and EPA which are high in omega 3 fatty ace and perplex (fructoollidosaccharide and gum acacia), explains manufacturer Probiotics International. The formula does not contain artficial colours, flavours or preservatives and does not need to be refrigerated. Sachets can also be added to formula and solids, and can even be used when breastfeeding.

Stuffy noses
LanesHealth launched its new Olbas Nasal Spray in August this year, which is suitable for children aged six upwards. The spray is said to help prevent the spread of viral infections and bacteria in the nasal passages. Brand manager, Nikki Banwell, explains that the pharmacy is a parent’s first port of call for quick, effective treatment options that are effective for their children. She says: “There are a range of Olbas products in different formats, so there’s something suitable for every member of the family.” The new spray joins the UK’s number one selling decongestant oil range, including Olbas for Children, which launched back in 2003.

For younger children aged 3+ years, Puressentiel has developed a Hypertonic Nasal Spray which the company says cleans and quickly decongests thanks to hypertonic seawater. Its formula boasts four essential oils, Rosemary flower water, Propolis and Echinacea plant extract. It recommends its Respiratory Air Spray, too. This contains 19 essential oils with purifying and soothing properties to promote respiratory well-being. Just four to six sprays in the air is enough to help easier breathing, it maintains. Parents and carers could also add two to three sprays on a handkerchief for a child to inhale. Alternatively, two sprays can be added to a bowl of simmering water for 10 to 15 minutes of vapour inhalation.

For children aged 7+ years, there’s its Respiratory Balm, which fights viruses and prevents the risk of bacterial or fungal super-infection due to its 19 anti-infective essential oils. These help to stimulate the immune response; facilitate expectoration and drainage thanks to expectorant, anticatarrhal and mucolytic properties; soothes the respiratory tract congestion with an anti-inflammatory action; calm coughs thanks to antitussive properties and facilitate easier breathing through menthol.

Soothing sore throats
A OnePoll Omnibus survey of 1,000 parents with children aged up to 11 years in October 2016 found that 81% of children suffer from sore throats when they catch colds and three out of five children (58%) have been absent from school because of a sore throat and 12% have lost five or more days. Ultra Chloraseptic is available as a children’s variant – Children’s Chloraseptic. It is licensed for children aged six years and above and is available in a child-friendly flavour, blackcurrant.

Noel Wicks, an independent pharmacist, endorses the product’s fast-acting pain relief.“There is no other product which works as quickly and numbs so fast,” he says. “Unlike throat lozenges which are also high in sugars, the unique spray action of Children’s Chloraseptic also means you can target the trouble-spot directly, while the pleasant blackcurrant flavour mean that if you miss the mark because a child is wriggling or fidgeting, they won’t be put off by a nasty aftertaste.”

For younger children, Throaty Soothe was launched in February this year. The sugar-free syrup contains Icelandic moss, mallow and zinc and can be used for children over 12 months, while the lozenges with Icelandic moss, calcium pantothenate and zinc, are safe for children aged four and older. The medicinal plant, Icelandic moss, is rich in calcium, iodine, potassium, phosphorus and vitamins, and has been used as a remedy for respiratory and lung disorders since the 17th century.

A past study evaluating Icelandic moss in 75 young people with dry coughs found a 60 per cent improvement in symptoms. The therapy received positive feedback from 67 per cent of physicians and parents.

“A sore throat is often the first sign of an infection and parents report it as the most common symptom. Until recently, treatment options have been limited, particularly for very young children,” says Dr Chris Etheridge a medical herbalist and spokesperson for Throaty Soothe. “However Throaty Soothe, a new sore throat treatment range for children which can be used from the age of 12 months, combines natural ingredients and provides parents and carers with a safe and effective option to help treat sore throats and a dry and productive coughs.”

Martin Stimson, area business manager for Fisherman’s Friend in the UK, believes that medicated confectionery can play its part. “It is in particular high demand during periods with high incidences of illness, such as the autumn and winter cold and flu season. However, given that pharmacy shoppers are reluctant to spend a long time browsing the fixture, it’s key for retailers to ensure they are stocking recognisable and cost-effective products that consumers know and trust in order to drive sales.” Flavour is also a key purchase driver for consumers, he says.

Within the Fisherman’s Friend UK range best-selling varieties include Sugar Free Blackcurrant, Aniseed and Sugar Free Honey and Lemon. “Fisherman’s Friend has very high consumer loyalty within the UK, due to the brand’s iconic heritage and the ‘cult-like’ following of the UK’s best-selling flavour, Original Extra Strong, which contains more menthol than competitor brands,” he points out. “At the same time, we’ve introduced a raft of fruity variants over the years to appeal to shoppers who want the benefits of menthol but with a more subtle, softer flavour, and these are proving increasingly popular.”

The NHS offers the following tips to help parents manage children’s colds:
• Parents can raise the pillow end of the child’s bed or cot with books or bricks under the legs, or a pillow under the mattress, to ease a blocked nose and make breathing easier. Parents should not put anything under the mattress of a baby younger than one year.
• For fevers and discomfort, advise a suitable liquid paracetamol or ibuprofen and make parents aware of the recommended dosage on the packaging. Aspirin should never be given to children under 16.
• Encourage the child to rest.
• Offer them plenty to drink.
• A moist atmosphere can help ease breathing, for example, using a vaporiser to humidify the air.
• Don’t let the child get too hot – keep the environment aired and at a comfortable temperature. 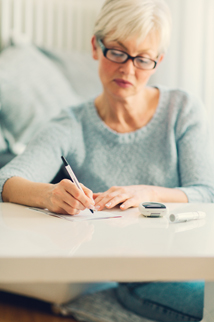 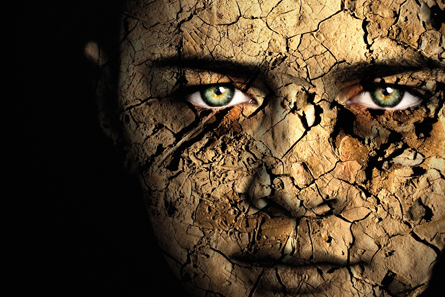 In for a dry spell