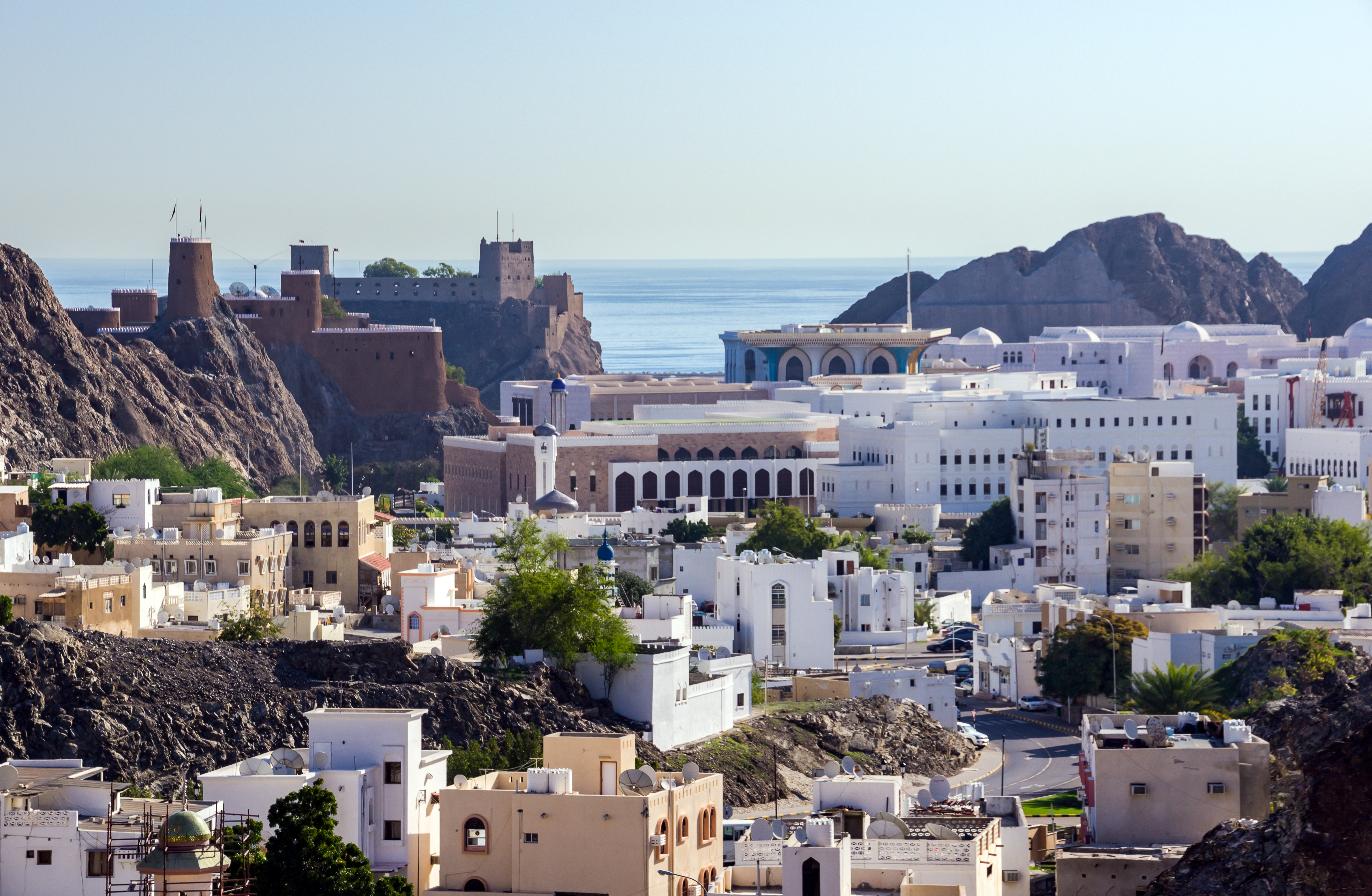 There was a moment as the Sigma conference in Oman drew to a close when it felt like we had been dragged back in time.

On stage was Fin McCaul, the PSNC's regional representative for north-west England, who warned community pharmacists to ensure they were doing their medicines use reviews (MURs) and telling them they had no right to complain if they were "leaving cash on the table.”

This after Carole Alexandre from IQVIA had told the conference that independent pharmacies in England claimed just £11.6 million from a possible £24.8 million in MUR payments in the 12 months up to September 2018.

If pharmacies being told to do their MURs and ensure they got remunerated for them was not a big enough step into the past, mention of pharmacies federating threatened to take the conference retro.

Why, McCaul asked, are 17 of us buying medicines in one area when that can be delegated to one pharmacy? Take a look at Manchester, he said. Local pharmaceutical committees there have joined together to great effect.

He pondered why that could not be replicated in other areas. And he asked why pharmacies could not partner with other pharmacies.

Federating is not a new concept. After all, it was five years ago that Sigma managing director Bharat Shah closed its 2014 event in Cancún by telling pharmacists they needed to federate.

Collaboration is another well-worn idea that has been applied tirelessly by politicians and pharmacy leaders to pharmacies and general practice. But the key to survival for independents is not only to work with GPs and other health professions but work with other independents, whether tendering for a service, designing a service or buying drugs.

Indeed, that was the abiding message from Sigma's latest overseas offering; independents need to work together and approach each challenge collectively not in isolation.

PSNC will go for five-year settlement

The PSNC's director of pharmacy Mike Dent told the Sigma conference in Oman that community pharmacy's negotiator will try to secure a five-year settlement for the sector during its contractual talks with the government.

Pointing to the recent five-year deal handed to general practice, the largest reform of the profession in 15 years, Dent said his team of negotiators would look to secure the type of long-term agreement that would allow community pharmacists to plan their businesses for the next few years.

"We will be looking for the kind of commitment that the government has given to GPs," he told the conference in Muscat via video link.

"So, a settlement for more than one year. Hopefully it's five but at least a multi-year settlement which will allow you guys the time to understand the future and to plan and deal with your businesses accordingly."

Dent also revealed the PSNC's talks, which will be geared to moving the contract from dispensing to services, will focus on two other areas; the falsified medicines directive (FMD) and recognition of the costs of implementing FMD and ensuring pharmacists are paid on time for the prescriptions they dispense.

He said: "We hope the EPS (electronic prescription service) full roll-out will increase the percentage of EPS scripts available maybe up to 80% or 90%, in which case we can have a sensible conversation with the government about the timing of your payments because one of the most complex things you've dealt with is the recovery process - you're never quite sure how much you're going to get paid, so we'd like to clarify that for you."

The health minister Steve Brine, via recorded message, said: "The NHS long-term plan sets out the government's ambition to better utilise the skillset and reach of community pharmacy to deliver more services to help people stay well and relieve the pressure on other parts of the system.

"The future community pharmacy contractual framework will play an important part in enabling these important developments in England. Negotiations on the framework are due to commence shortly.

"We will seek to negotiate a contract that will deliver services that are complementary to those in the GP contract and cements pharmacy first for dealing with minor ailments."

Independent pharmacies in England claimed just £11.6 million out of a possible £24.8 million in medicines use review (MUR) payments between September 2017 and September 2018, according to data revealed during the conference.

The latest figures from the NHS Business Services Authority showed that independents lagged behind other pharmacy sectors when it came to claiming the payments.

"Independents are taking 47% of available funds. I don't know why that is but only 47% of funding is being claimed by independents," said Carole Alexandre, vice-president global services at IQVIA.

"Every other sector has increased over the last 12 months. Managed chains have gone from 87% to 97%."

However, in terms of the electronic prescription service (EPS), independents were perfoming relatively well compared with the other pharmacy sectors, with 67.5% of EPS items, the same as the regional chains, better than the managed chains (66.8%) and supermarkets (58.4%) and slightly worse than the national multiples (69.3%).

The National Pharmacy Association (NPA) chief executive Mark Lyonette revealed that community pharmacy spending on its representative bodies in England is dwarfed by the money spent by GPs on their equivalent organisations.

An analysis of community pharmacy's annual expenditure, revealed by Lyonette to the Sigma conference in Oman, showed NPA membership generates £2.4 million a year, the PSNC's fees total £3.3 million and the local pharmaceutical committee network pulls in £9.7 million at a combined £15.4 million.

"GPs spend over £120 million compared to our £15 million. Sometimes I think as a sector, we perhaps beat ourselves up for not achieving as much as the GPs," Lyonette said.

"There are all sorts of reasons why the GPs get their contract negotiations first but one of them is that they have much bigger resources to advocate for their profession and they've had that for many years. (But) I'm not suggesting the NPA needs to increase its membership fees."

He added: "The other interesting thing about the GP funds compared to ours is the distribution. Most of their money goes to the centre and far less goes to the local network. This is bound to produce a stronger centre and, dare I say it, a more joined-up approach nationally.

Theresa May said the government "recognises the vital role community pharmacy plays in maintaining and improving the health" of local communities with contractual discussions about to begin.

In a letter shown during the Sigma conference in Oman, the prime minister expressed her support for community pharmacy, with the PSNC expected to start contractual negotiations with NHS England in April. Simon Dukes, the chief executive of community pharmacy's negotiating body, recently said it will strive to secure a multi-year settlement.

"In many ways, (community pharmacy) is the frontline of the NHS, providing support to the many millions of people who rely on (their) business for access to medicines and health care advice," May said.

"The government wants to build upon the innovative success of community pharmacy, encouraging further collaboration and partnership with the NHS.

"As reflected by the NHS long-term plan, we are striving to effectively utilise the skill-set and reach of community pharmacy and it is good to see the sector continuing to explore ways in which this can be made a reality.

"Through increased collaboration and partnership, we can develop a stronger role for community pharmacy, making sure we encourage more people to use local pharmacies to meet their health needs and supporting them in caring for themselves and living healthier lifestyles."

PDA to roll out clinic pharmacy pilot in Dudley

The Pharmacists' Defence Association (PDA) said it will roll out an outcomes-focused clinic pharmacy pilot in Dudley later this year.

At least two pharmacies will operate a polypharmacy clinic in which caseloads of patients are referred for examination of the medicines burden and potential de-prescribing.

Over £100,000 has been earmarked to evaluate the pilot’s outcomes and meetings with Dudley local pharmaceutical committee and clinical commissioning group are believed to have taken place.

The PDA has also partnered with a local university and recruitment of a senior research fellow to lead the work will start soon.

Koziol, however, warned the success of the clinic pharmacy model hinged on changing the public’s perception of pharmacy.

That, he said, could be achieved through an effective advertising campaign to remind the public that pharmacists are the best people to talk to about their medicines.

“There's a huge opportunity for us around the medicines issue that nobody has taken seriously and it's time that we as pharmacists did just that,” he said.

“We need case studies and stories to engage the media. And we need funding.”

'Turn it Purple' Pharmacy of the Year Award launched 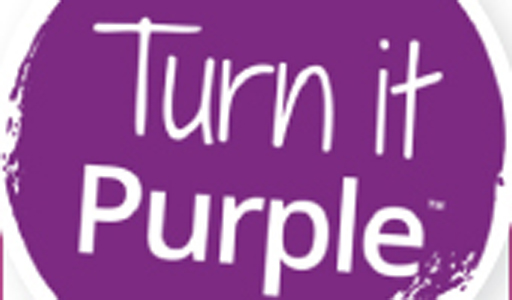