Confusion still reigns over the benefits of screening programmes and health checks. How can pharmacists clarify the situation for patients?

Health checks and screening programmes are important tools in the early diagnosis of potentially serious conditions, such as some cancers and cardiovascular problems. But there’s still a lot of patient confusion over their benefits. A survey of nearly 1,500 adults aged around 50-70 presented at the National Cancer Research Institute (NCRI) Conference in November, found that many members of the public didn’t fully understand the purpose of all the national cancer screening programmes.

Mammography for breast cancer and the faecal occult blood test (FOBT) for bowel cancer are aimed at detecting cancer early on. But Bowel Scope – a new addition to the English bowel cancer screening programme – and cervical screening are primarily aimed at preventing the diseases.

According to a Cancer Research UK study published in September, more than half of people invited to take the new Bowel Scope screening test don’t take up the opportunity. This applies particularly to people in deprived areas, with only a third in the poorest neighbourhoods going for their appointment, compared to over half in the most affluent.

With over 96 per cent of the population able to reach one of 11,500 pharmacies in England within 20 minutes, either walking or on public transport, independent contractors are ideally placed to encourage compliance. “Hundreds of thousands of people take part in bowel cancer screening each year, but not everybody who’s invited takes part,” says Dr Jodie Moffat, head of early diagnosis at Cancer Research UK. “There are a range of reasons for this, but if healthcare professionals – including pharmacists – became more involved with the screening programme it might help break down the barriers and encourage more people to take part in the future. Community pharmacists can help to dispel common myths about cancer screening, by explaining that screening works by detecting early signs of the disease, before symptoms have a chance to develop. Anyone actually experiencing symptoms such as a change in bowel habits or bleeding should consult their GP.”

Many pharmacies already offer a range of home screening kits. But the health checks and diagnostics category has a wider role than simply making a sale. Many of the devices (eg, body fat monitors) and in-store services (eg, sexual health testing) provide pharmacists with the perfect opportunity to pass on important health education messages.

In 2014, an estimated 107,800 people were living with HIV in the UK, 17 per cent of whom were undiagnosed. Public Health England launched the first nationally available HIV kit for testing those at higher risk in November 2015, as well as announcing new funding for innovative HIV prevention projects. People at higher risk of HIV were able to order the HIV home-sampling test kit online until January 1. Now, participating local authorities in England will continue to provide the service in their own communities, funded from their public health budget.

Not everyone at high risk of HIV wants online testing, but many also don’t want to go to their GP or a GUM clinic. Many pharmacies offer an effective, reliable alternative, both in-store and as a home testing kit. The BioSure HIV Self-Test is now being sold by a number of independent pharmacies and high street retailers. It has a European CE mark and has undergone testing at King’s College Hospital.

“People like the principle of self-testing,” says Brigette Bard, chief executive of BioSure. “It is convenient for consumers to purchase a test such as this, test themselves at a time and place that suits them and receive a result in 15 minutes with greater than 99.7 per cent accuracy. Some people don’t want deliveries to their home address, so it’s easy to purchase it at a pharmacy rather than order online. The test kit provides a wealth of knowledge about the next steps, regardless of the result. In-store marketing materials will be available soon and we will fully support individual pharmacies with no minimum order quantities.”

BioSure recently joined forces with a number of organisations to launch Last Taboo, which is a social enterprise geared towards distributing information, breaking stigmas, raising awareness and nurturing conversation about sexual health. “Stigmas and intimidation around people with STIs prevent those worried that they might have been exposed to a sexually transmitted infection from seeking testing or medical interventions,” says Brigette Bard. “There needs to be more news stories and more education about STI transmission routes and prevention. We need to have more mainstream articles on sexual health generally. Basically, we need to inform people without any scare tactics.” 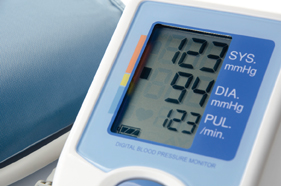 Wearable devices can track and record numerous aspects of someone’s health and lifestyle – from heart rate to weight loss and exercise frequency. Pharmacies could promote these gadgets, particularly to technology-driven customers. Fitness trackers, for example, can be good motivation for people who want to get fit or lose weight. Many other internet tools and apps are free and can be accessed on a smartphone or tablet.
Health checks are seen by the government as an important part of self care, helping people to manage long-term conditions such as diabetes and high blood pressure. Pharmacies sell a range of self-monitoring devices, which are becoming easier to use as technology advances.

Salter’s Wrist Blood Pressure Monitor and Analyser Scales, for example, both connect to a smartphone using bluetooth and can chart users’ progress with the free MiBody App. “The market for connected products is growing at an alarming rate,” says Cedric Barnsby, Salter’s marketing manager. “Consumers look for scales that are accurate and have specific features, such as body fat and muscle mass. They also want a big, easy-to-read screen, but aesthetics and price are also important factors.”

Customers who buy self-monitoring devices from a pharmacy are likely to be expecting the highest quality and reliability at the best value. Alvita recently announced that its arm, and advanced arm, blood pressure monitors have been clinically validated to meet the British and European Hypertension Societies’ standards. The monitors include comfort inflation technology, so they will only tighten as much as is necessary to take a reading, and are fully automated – pressing just one button inflates and deflates the cuff and takes a reading. They also store test results.

“We know our customers need the reassurance that the healthcare equipment we are supplying is accurate, reliable and informative,” says Greta Shirley at supplier Alliance Healthcare. “They will be looking for the highest quality and best value product in the marketplace. Pharmacists should advise customers that validation by the British and European Hypertension Societies demonstrates the quality of the Alvita blood pressure monitor.”

Some DIY health check products can help customers decide whether they need to make a GP appointment. The TENA u-test innovation, for example, collects and analyses urine to detect urinary tract infections. It’s aimed at pharmacy customers who are experiencing bladder weakness.

“As the UK’s leading bladder weakness brand with over 40 years’ experience in the category, TENA is continually looking for pioneering new ways to offer practical support to its customers,” says Donna Wilson, TENA training and brand manager. “We have developed TENA u-test to help pharmacy staff offer a quicker, more comprehensive service for the one in three women and one in nine men in the UK who experience bladder weakness.” 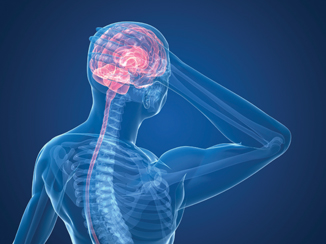 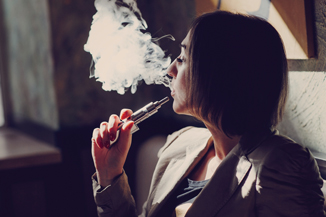