The Prescription Charges Coalition has criticised the forthcoming prescription charge increase for its impact on people with long-term conditions.

The new £8.40 charge will come into effect from April 1. But the price of prescription pre-payment certificates (PPCs) has been frozen for a further year, at £29.10 for three months and £104 for a year.

Jackie Glatter, of the Prescription Charges Coalition, a group of nearly 40 organisations including the Royal Pharmaceutical Society that is campaigning to end prescription charges for people with long-term medical conditions, said: "The continued rise in the charge for prescriptions forms a barrier year-on-year for working-age people who rely on regular medication to manage long-term conditions.

"Research shows that one in three of those with long-term conditions have not collected a prescription because of the cost. This can lead to poorer health, expensive hospital admissions and affect productivity at work. We welcome the fact that the pre-payment certificate cost has been frozen, however many people with fluctuating and long term conditions have told us that this cost can still be prohibitive."

Those living in Scotland, Wales and Northern Ireland no longer have to pay prescription charges.

PSNC advised pharmacy teams in England to look out for their copies of the 2016 Prescription Charge Card in the latest Community Pharmacy News being sent out in this month's Pharmacy Magazine. 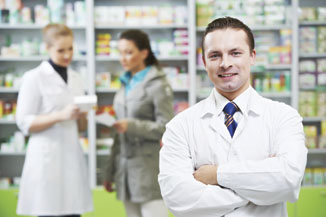