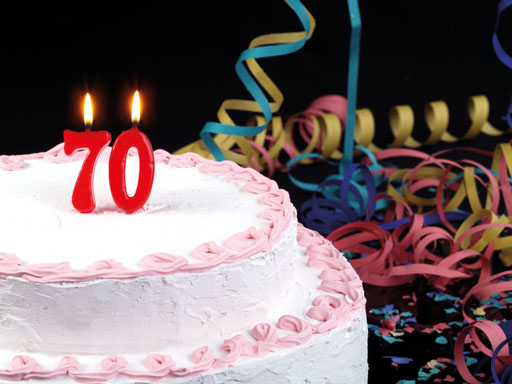 This summer the National Health Service will be celebrating its 70th birthday. Yet â€˜Joy Day,â€™ as the politicians optimistically dubbed the start of the NHS in 1948, almost didnâ€™t happen. Many people opposed its creation. The medical profession was universally hostile. GPs thought the financial terms on offer to be so inadequate that the BMA advised its members simply not to participate.

Minister of Health Aneurin Bevan, however, split the medical profession by buying off the hospital consultants. In his words â€œI stuffed their mouths with goldâ€. Only at the very last minute did significant numbers of panicked GPs, fearful that they might lose patients to neighbouring colleagues, break ranks and make the NHS possible.

Pharmacists predicted chaos once everyone in Britain became eligible for free prescriptions, with no limit placed on what or how much GPs might prescribe.

Politicians meanwhile estimated that the average cost of a prescription would be 2s 5d. The annual cost to the NHS was expected to be in the region of Â£17.5 million.

The Ministry of Health assumed that around 140 million free prescriptions would be dispensed annually in England and Wales. Until 1948, however, most GPs had done at least some dispensing themselves, and no figures on the volume of that activity were available.

The Treasury was appalled. And the Government soon came under enormous pressure to start repaying the massive war loans Britain owed to the USA. Free dentures, free glasses and free prescriptions would have to go.

In June 1952 the one shilling (5p) per form prescription charge was introduced. Other patient charges were introduced for NHS dental treatment and glasses. Briefly, the number of prescriptions dispensed fell.

During the 1950s, prescription numbers increased by very little. Yet the decade was a golden age for pharmaceutical company reps.

At the start of the NHS just 18% of all prescribing was for proprietary products, but by 1956 that proportion had soared to 40%.

At the start of the decade the value of proprietories had amounted to around two fifths of the total NHS prescribing budget, by 1957 that proportion had risen to two thirds. Two groups of drugs â€“ antibiotics and hormones â€“ were between them responsible for almost 35% of the total ingredient cost of proprietary preparations.

Newer, better products had in large part been responsible for the increases in prescribing of proprietories, but sales were also aided by the relaxed relationship between GPs and reps.

GPs were under astonishingly little pressure to limit prescribing. Their NHS contracts merely required them not to prescribe excessively.

In 1959 the Hinchliffe Committee for England and Wales, and its Scottish counterpart, the Douglas Committee, concluded that although â€œthere is no evidence of widespread and irresponsible extravagance in general practitionersâ€™ prescribing there is scope for economyâ€¦ Everything possible should be done to prevent public money being wasted in inflated and expensive sales promotion. The [pharmaceutical] industry should be asked to considerâ€¦ whether anything further can be done to limit the more extreme forms of advertisingâ€.

A problem faced by the authorities was the absence, or at least the very limited quantity, of data on individual GPâ€™s prescribing habits. By the 1970s, however, systematic sampling of all prescriptions did produce sufficient data for pressure to be brought to bear on individuals. The Department of Health instructed its Regional Medical Officers to pay regular visits to each GP whose prescribing habits were deemed to be questionable.

Exhortations to GPs to do better however had relatively little impact. GPs liked their freedom to prescribe whatever they liked â€“ not even being restricted to preparations listed in the BNF, which by the early 1980s contained some 2,700 items.

The start of the modern era can be dated to the new GP contact of 1990. For the first time Regulations were issued expressly listing preparations which GPs were not permitted to prescribe under the NHS.

Furthermore, computerised data processing now made it possible for a detailed analysis of the cost of each GPâ€™s prescribing to be generated. â€œIndicative prescribing Budgetsâ€ were now produced.

In parallel with cost-containment initiatives came renewed emphasis on clinical effectiveness. The National Prescribing Centre, for example, was formed in 1996. Its aim, was to â€˜promote and support high quality, cost-effective prescribingâ€™. By the start of the new millennium â€˜evidence-based prescribingâ€™ would take its place alongside cost as the main driver for change in GP prescribing.

Today the annual number of NHS prescriptions dispensed is well past 1,000 million.

That vast and rising number may be a continuing cause for concern at the Treasury, but thereâ€™s no turning back the tide of history and demographics.

By the time the NHS celebrates its 80th birthday in 2028 there is little doubt that pharmacists will be dispensing even more prescriptions than today.