SCENARIO: A woman comes into the pharmacy with her young son, saying he has just been stung by a wasp. As you look at the area, which is red, swollen and painful, the boy says he feels very hot. Explaining that this is the second time he’s been stung in only a few weeks, his mum says she worries because he has asthma. Just then, the boy starts to find it difficult to breathe and begins to wheeze. A red, blotchy rash starts to spread over his skin. You ask his mum if this has happened before. She says it hasn’t.

QUESTIONS
1 How would you deal with this situation?
2 What are the main features of this suspected condition?
3 What is angio-oedema?
4 What is the difference between insect bites and insect stings?
5 What is available OTC to treat insect bites and stings?

1 The boy appears to be in anaphylactic shock. Ask a member of staff to phone 999 for an ambulance while you are attending to him. The boy should immediately be given an intramuscular injection into the thigh from an adrenaline auto-injector 1 in 1000.

Three brands are available, all 1mg/ml (1 in 1000). POM restriction does not apply to the intramuscular administration of up to 1 mg of adrenaline injection 1 in 1000 for the emergency treatment of anaphylaxis, so you are lawfully entitled to administer this medicine.

The boy should also use his asthma reliever inhaler, if he has it with him. If he can swallow, give an antihistamine tablet (e.g. chlorphenamine). Get him into a position that most relieves his breathing difficulties, either sitting or lying down. You may be able to recover the cost of the adrenaline injection by obtaining a prescription from his GP. If you do not have the injection in stock, apply all the other actions described above.

2 The main features of anaphylactic shock are:
• Rapid-onset generalised urticaria
• Angio-oedema
• Bronchospasm and/or laryngeal oedema
• Hypotension with collapse and loss of consciousness.

3 Angio-oedema is a local, non-inflammatory, self-limiting oedema caused by increased leakage of plasma from the capillaries located in the deep layers of the skin and the mucosae, particularly in the eyelids, lips and oropharynx.

4 Insects usually bite in order to gain access to the victim’s blood supply so that they can feed on it. The skin is punctured and the insect’s saliva is secreted into the dermis.

The saliva contains enzymes or other agents to liquefy the blood in order to facilitate its flow back through the insect’s feeding apparatus. The saliva may also contain a local anaesthetic, so the bite may go undetected by the victim, allowing the insect to feed undisturbed. The reaction produced by the bite is essentially an irritant dermatitis provoked by the insect’s saliva.

Insect stings are primarily weapons, either of attack when used to incapacitate prey or defence when a threat is perceived. Their effect is intended to be immediate. The pain and inflammation of a bee or wasp sting is caused by the direct pharmacological effects of the sting’s constituents.

These include histamine and other biogenic amines; toxic polypeptides, including melittin, which has a haemolytic effect; apamin, which is neurotoxic; mast cell degranulating peptide, which causes further release of histamine, and enzymes such as hyaluronidase and phospholipase, which break down intercellular tissue cement and assist penetration of the venom into the tissues. The typical reaction to an insect sting is localised pain, swelling and erythema, which normally subside within minutes or up to an hour or two.

One of the principal components of insect stings is histamine, which is also one of the principal mediators of the inflammatory response to bites. Treatment with antihistamines, which competitively block histamine H1 receptors, is therefore logical.

Topical products containing diphenhydramine and mepyramine are licensed for treatment of the pain, itching and inflammation associated with bites and stings. However, topical antihistamines have been criticised as not being very effective and are also liable to cause sensitisation. Their use is therefore restricted to a maximum of two or three applications per day for no longer than three days.

Oral antihistamines are more likely than topical preparations to bring sustained and effective relief. Non-sedating compounds are preferable, being as effective as sedating antihistamines for peripherally mediated reactions, but not being associated with central sedating and antimuscarinic side-effects. Some patients develop an allergic sensitivity to bites and suffer quite severe local reactions. Such patients should be advised to keep a supply of antihistamines with them, ready to take in case they are bitten, as well as taking precautions against being bitten.

• Crotamiton
Crotamiton is not an antihistamine but it has antipruritic properties and can be used for bites and stings. It is claimed to have a prolonged action of six to 10 hours following application.

• Hydrocortisone
The usefulness of hydrocortisone cream for bites may be limited by it being restricted to two applications daily, as more frequent application may be necessary to sustain relief. Additionally, hydrocortisone is not licensed for use in children under 10 years of age.

• Astringent
A gel containing witch hazel is licensed for the treatment of insect bites.

• Calamine
Calamine is naturally occurring, basic zinc carbonate, with ferric oxide, which imparts the characteristic pink colour. It is mildly astringent. Its soothing antipruritic action is due to the large surface area and porous nature of its particles, which promote the evaporation of water from the preparations in which it is formulated, with a consequent cooling effect. Calamine Lotion BP also contains 0.5% phenol as a preservative, which has an incidental local anaesthetic action and contributes to its effectiveness. Calamine is a popular preparation for treating urticaria and pruritus from many causes, including insect bites. It is cheap and there are few restrictions on its use.

• Oral analgesics
Oral analgesics may be helpful in reducing pain caused by insect stings. The recommended drug is ibuprofen because of its anti-inflammatory action. 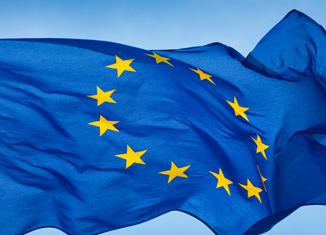