A hundred years ago this year Britain’s High Street chemists were doing good business. In 1918 the end of the Great War was at last in sight. Germany might not yet have lost the ‘war to end wars’, but at the outbreak of hostilities four years earlier it had already lost foreign investments, merchant ships and international patents.

Amongst the patents forfeited by Germany on the declaration of war in 1914 was that for Aspirin. And now aspirins, bereft of their initial capital letter, were pouring over the counters of Britain’s chemists’ shops and being consumed in their millions by millions.

What had fuelled customer demand was not an epidemic of headaches but an outbreak of influenza or ‘flu’.

Today flu is seldom fatal. Yet the term ‘seldom fatal’ is very much a relative term. It is no consolation whatever to those who have lost loved ones – and the absolute numbers can be huge. 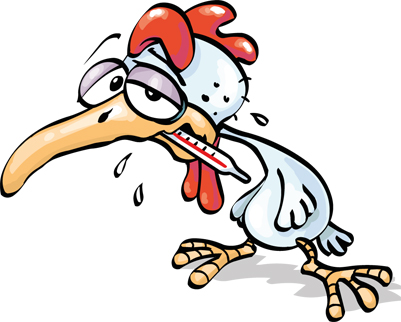 The so-called Chinese, Hong Kong and Asian Flu outbreaks in 1957, 1968 and 1977 become the basis for the Department of Health’s ‘Influenza Pandemic Contingency Plan’. The plan’s worst case scenario is that ‘Around a quarter of the population could be affected, with over 50,000 deaths in the UK.’

Yet even 50,000 might be optimistic. Back in 2005 Dr Jeffrey Tauenberger of the US Armed Forces Institute of Pathology disinterred bodies from the permafrost in Alaska. Viral DNA taken from the lungs of a woman who had died 1918 confirmed that the cause of her death was avian flu.

Unhappily avian flu, more commonly referred to as ‘bird flu’, is amongst a multitude of diseases shared by humans and birds. Constantly mutating, avian flu can become lethal to both man and bird.

In 1918 a lethal strain of bird flu not only killed a few folk in Alaska but also tens of millions of others around the world. Almost a quarter of a million people died in Britain in just three months. Doctors, nurses and pharmacists succumbed as easily as anyone else. Britain’s coal-powered economy was itself sick, with train and tram drivers unavailable to maintain timetables, and essential coal production dropping alarmingly as miners too stayed in bed.

By the end of the year, Germany which had just suffered the ignominy of defeat in the first world war now lost an additional 400,000 of its population to the flu. In the US, as many as one million died. In Alaska, not yet the 49th State, some 60% of the Eskimo population of Nome perished.

In India, the jewel in Britain’s imperial crown, five million citizens died during the outbreak.

Estimates of the global death toll range from 40m-150m. And only adding to the scale of the tragedy was that in 1918 the young and the fit died in far great numbers than the elderly.

Why were the young and healthy so disproportionately afflicted? And where had the disease come from?

The British and Americans thought the disease had originated in Spain, and as such they dubbed it the ‘Spanish Flu’ or ‘Spanish Lady’. To the French it was simply La Grippe; whilst to the Germans it was merely Blitz Katarrh.

Following the Great War, the American epidemiologist Richard Shope believed that he had traced the original source of the outbreak not to Spain but to pig farms in Iowa.

As for the young rather than the elderly dropping in droves: it seems probable that that the ‘Spanish’ flu strain had only recently mutated from a far less virulent virus responsible for a flu pandemic in the late 1880s. Those who had survived that event 30 years previously may have been partly immune.

Meanwhile what of the local chemist? Business may have been good but were they doing their patients any good? In truth none of the remedies sold by chemists could stem the dreadful tide. And ironically one may have made things much worse.

In a 2009 paper published in the journal Clinical Infectious Diseases, Karen Starko proposed that aspirin had contributed substantially to the death toll. Checking post mortem reports in the USA she noted a large ‘death spike’ in October 1918 just after the Surgeon General of the United States Army, and the Journal of the American Medical Association both recommended doses of up to 31g of aspirin per day. Starko suggests that aspirin poisoning was the true cause of many supposed flu deaths in the USA. And with the loss of the aspirin patent the German wonderdrug may well have caused similar havoc worldwide.

Happily this year, 2018, is unlikely to be a re-run of 1918. But the flu virus will always mutate. We can be certain that one year in the future the Spanish Lady is bound to return for an encore. 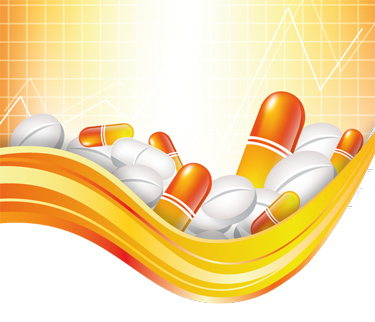