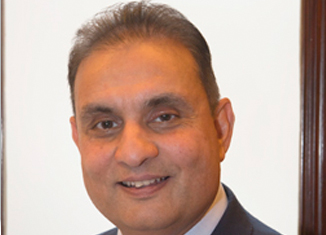 I see an email from a Capita official which simultaneously acknowledges a problem and abdicates responsibility. Apparently, the regional team received a large number of queries from London contractors regarding missing payments for August but the email states: “As Capita is contracted to manage and make monthly payments on behalf of NHS England, they should be contacted
at PCSE.enquiries@nhs.net, copying the London Regional team at england.lon- pharmacy@nhs.net.”

The email does not make any apology nor does it mention the financial impact on contractors. Instead, there is the unhelpful wording we hear for a delayed train: “We acknowledge and appreciate any inconvenience this may have caused ...” I reported on GPs with similar problems in my article in the September issue and reflect on “outsourcing chickens” coming home to roost at such an early stage of Capita’s involvement.

With the change in personnel at the top, we all wonder whether there will be a softening of the government’s stance towards pharmacy cuts. Health minister Mowat’s announcement taken at face value is encouraging. Surely, the NPA-
led petition that gathered well over two million signatures has caused a rethink
and postponement of implementing cuts? As I drive up to Birmingham to the RPS conference, I wonder if this reprieve is to allow the new minister time to reconsider or, if this is a political move to show the public that government is listening and
the reprieve will only be temporary.

On a happier note, I am delighted to see Jayesh Patel, my LPC CEO receive a fellowship of the Royal Pharmaceutical society for his outstanding contribution to the profession, including leading the only successful bid for a Healthy Living Pharmacy pilot in London.

Today, Zurich Insurance hosts the NPA Insurance Board at its London offices and, as underwriters of our policies, give us the opportunity to see how they look after our members. Although NPAI is a relatively small company, as insurance companies go, Zurich emphasise the importance of customer focus and is keen to work with us. They are aware that NPAI prides itself on the quality of its service and ensuring the best claims experience possible. We are impressed that Zurich staff have a similar ethos and we are satisfied our members will be well looked after.

Regular readers will be aware that I have praised the GPhC for listening to the profession and taking a less hard-line approach, as reflected in the new inspection regime. The administration, on the other hand, has much room for improvement.

I have been attempting to set up a direct debit to pay for personal and premises retention fees for three years and, although one form was processed, the other was
not. Having endured a patronising voice telling me that “sometimes things do get lost in the post” (both were sent in the same envelope), the second form was eventually located in “the wrong pile” and assurances given that it will be processed in time for next year. When this was not done, I felt the easiest way forward was to fill in a fresh form. Colleagues may have seen an “official” box on the DD mandate that states: “For GPhC Use Only.” On every other such box in direct debits I have seen, this section is left for the recipient.

I received an email to say that my DD application was incomplete and would not be processed. In a telephone conversation following this, I was told that the section marked for GPhC use needed to be filled in with my registration number. When I requested that this simply be added by the operative, I was put through to a section leader who bluntly told me in military fashion: “Request denied; fill another
form and send it in.” Eventually, I received a written apology from the head of registrations and was assured that the staff involved would receive remedial training. I wonder if colleagues have had to endure a similar time-wasting situation.

At our LPC AGM this evening, we launch our provider company, Community First Services, and conclude the formalities of electing a director from each of the three boroughs we represent. Sue Sharpe (PSNC chief executive) is our guest speaker and she has kindly trekked across London in heavy traffic to be with us. Sue updates us on developments around the proposed cuts and expresses disappointment that the DH is unwilling to listen to constructive proposals on how pharmacy could help generate greater savings than the level of the proposed
cuts, given the opportunity.

There is an air of pessimism and frustration in the room as contractors hear this, and most, having come to the meeting after a hard day’s work, know how valued they are by patients. We end on a negative note that the cuts, should they go ahead, may irreparably damage the pharmacy network and disproportionately affect the most disadvantaged.

I attend a meeting called by Southwark GP Federation officers to discuss a leadership and development programme for community pharmacy and joint workstreams between the Federation and CFS (our provider company). Interestingly, the intention is to use education funding to upskill up to six pharmacists to take on a leadership role. I ask how they would interface with community pharmacy; I have a concern that they would serve the federation as their paymasters while ticking a box of reaching out to other professions.

I am keen to ensure community pharmacy is genuinely involved, rather than being sidelined or given subservient roles that GPs are unwilling to carry out. We exchange warm words about joint working, but as the cliché goes, the devil will be in the detail. 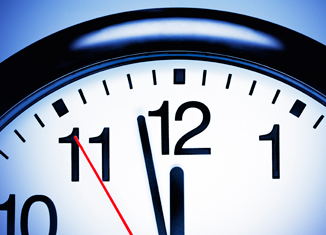 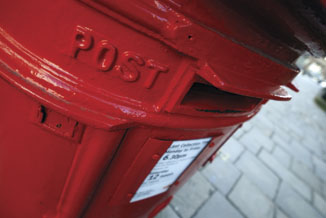