Images registering the increased skin surface temperature that indicates joint inflammation are showing promise as a cheaper alternative to present methods and may even be used for office chair and desk design. Infrared thermography was found to show ankle joint inflammation, providing previously lacking accurate evidence of musculoskeletal conditions. Studies to determine whether the procedure can reveal knee joint inflammation are expected. The researchers at East Finland University said this method also had potential in evaluating office ergonomics such as the shape and size of chairs.

LAB ON A THUMB
A thumb ring has been developed to find infections, particularly sexually transmitted diseases, in view of todayâ€™s multi-partner behaviour. A needle emerges when a button is pressed, and the blood extracted encounters antigens that identify medical conditions. The device beams diagnoses with suggested treatment centres to the userâ€™s smartphone. A prototype at Colorado State University has detected syphilis, and the researchers aim to adapt the device to spot other STDs, allergies, cancer, diabetes and pregnancy. The first market is Latin America, to be followed by Europe and the United States. Approximate price: $50 (Â£33), including three needles.

EYE TESTS BY PHONE
A smartphone eyesight app trialled in Kenya was found to assess basic vision as accurately as the professionalsâ€™ charts. It shows a shrinking letter to replace the rows on the opticianâ€™s wall. The app could transform care for millions in remote locations, report researchers at the London School of Hygiene & Tropical Medicine. At the same time, retina scans using the mobileâ€™s camera have been conducted. 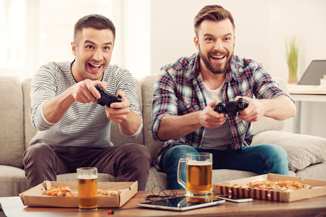 SITTING AND STRESSED
Sedentary behaviour, including playing computer games and televiewing, has been linked to increased anxiety. Previous work had highlighted a relationship between sitting and physical problems such as obesity and osteoporosis, but researchers at Deakin University in Victoria, Australia, conducted the first systematic review of the connections with anxiety. The team, who had analysed nine earlier studies, suggested sedentary habits could produce anxiety by causing sleep disturbance, social withdrawal and poor metabolism.

JET LAG TABLETS
Medication could be developed to reset the internal clock to solve jet lag and other sleeping-waking problems, including disruption by shift work. Heightened sodium levels were found to wake fruit flies and mice, and higher potassium levels to induce sleep. Researchers at Northwestern University, Illinois, who called the variations a â€œbicycle mechanismâ€, want to use their discovery to produce sleep-regulating drugs. Dr Ravi Allada said: â€œIf itâ€™s in the mouse, it is likely in humans too.â€

GANGING UP ON RESISTANCE
Solutions to antibiotic resistance are to be sought by a newly formed government body in the United States. Members of the group â€“ from pharmaceuticals companies, nursesâ€™ organisations, agriculture, veterinary science and government agencies â€“ will consider the creation of drugs that target only harmful bacteria, the curtailing of over-use, and alternatives to antibiotics.

FAT-GRABBING PILL
A pill containing a polymer compound could help to remedy obesity. The compound, developed at Kansas University, captured dietary fat particles in the intestines of laboratory mice so that they were excreted, not absorbed. The researchers hope to refine the compound as long-term medication.