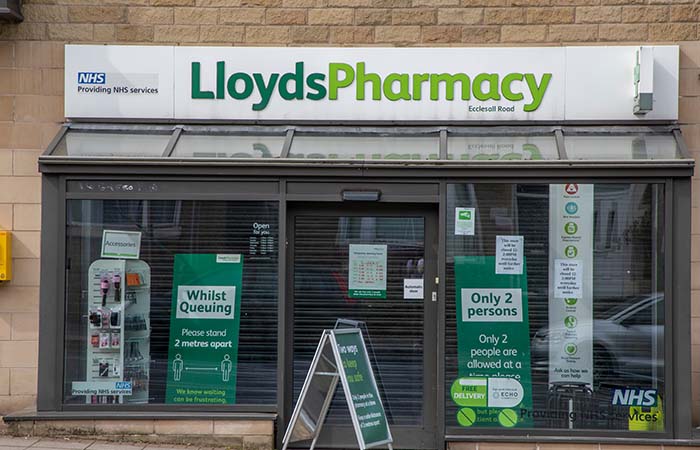 LloydsPharmacy lost £100m in the 12 months to March 31 last year, a period that saw the multiple axe 76 stores and rapidly grow its online dispensing business.

The company’s accounts for the 2020-21 financial year, which were published on Companies House this week, reveal that its overall losses were 42 per cent lower compared to the previous year, when it lost almost £175m.

These reduced losses were in part brought about by a “store rationalisation programme” that saw the company divest itself of 76 stores in the 2020-21 financial year, on top of the more than 200 that were closed or sold since 2017. As of March 31 last year there were 1,351 branches.

The company, which also announced this week that its sale from McKesson to new parent company Aurelius has completed, had 768 fewer staff members on its payroll in March 2021 than at the close of the previous financial year, with its wage bill coming down by £14m to £301m during that time.

The company said that its brick-and-mortar pharmacy estate “remains central” to its strategy, and that it has “worked collaboratively” with landlords to “regear” property costs where possible, but that Government funding cuts continue to make divestment necessary in some cases.

It added: “We aim to do this with the interests of the community in mind.”

This reduced store footprint had a negative impact on turnover, as did the lower footfall during the coronavirus lockdowns. At £1.76bn, turnover was 9.6 per cent lower than in 2019-20 (£1.94bn).

Other parts of the business fared better, with online prescription service LloydsDirect (previously named Echo) growing by 731 per cent, and Lloyds’ online doctor service growing by 10 per cent.

Meanwhile, the LloydsPharmacy online store “has been replatformed to improve efficiency and customer experience which has led to 237 per cent growth” according to the company.

The Companies House report describes a “successful transformation strategy” to turn the company “into an omnichannel business that provides choice in healthcare to patients and consumers… we are particularly pleased with our delivery in digital revenue this year”.

The report lists a number of challenges facing the company, including the continued pressure of Government funding cuts, “competition to attract talent” such as pharmacists, changing consumer behaviours and a loss of market share partly due to its reduced store footprint.